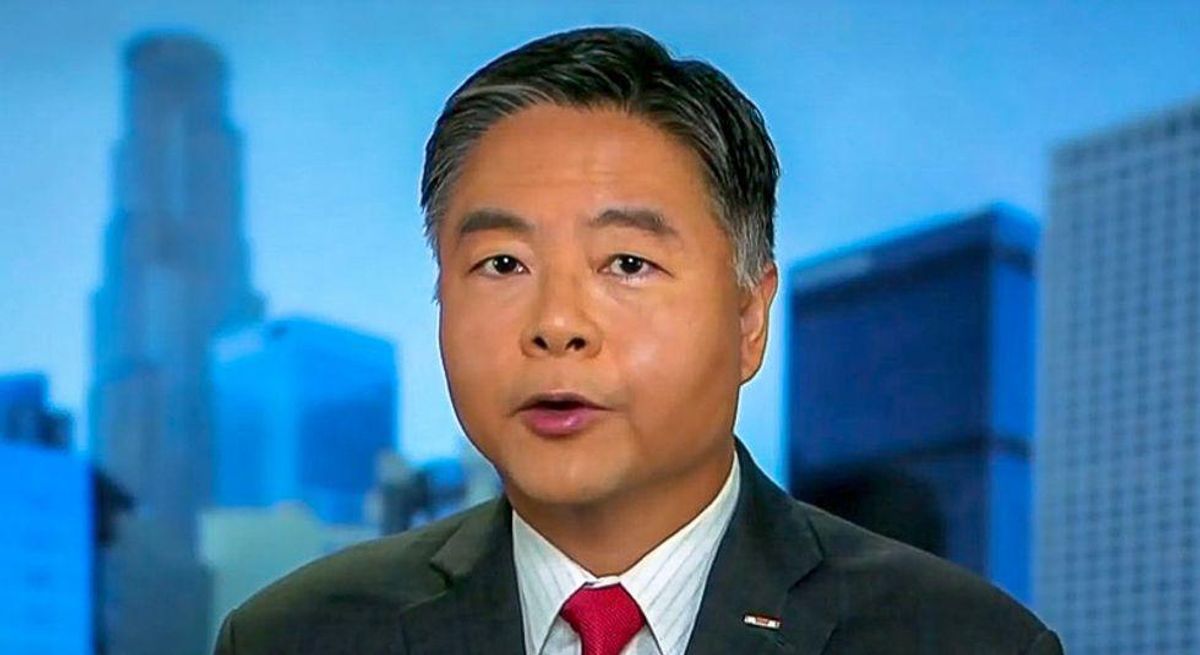 During a hearing Monday dealing with the mistakes made during the Afghanistan withdrawal, Rep. Ted Lieu (D-CA) called out former President Donald Trump's role in making things worse ahead of the evacuation.

Lieu, a former active duty Air Force colonel now serves in the reserves, cited the Feb. 29, 2020 document from Trump and Secretary of State Mike Pompeo that committed to the withdrawal from Afghanistan. He noted that on the first page of the agreement that the U.S. committed to "removing all military forces from the allies and coalition partners, including non-diplomatic civilian personnel, private security, contractors, advisers and supporting services within 14 months following announcement of this agreement."

"That is a very specific timeline," said Lieu. Sec. Antony Blinken agreed. "In fact, it gets even more specific. It says in the first 135 days, the United States, its allies, and the coalition with — will withdrawal forces from five military bases. Did Donald Trump do that?"

"When you read this document, let's be clear, this is a surrender document," said Lieu. "Donald Trump surrendered to the Taliban. He said, we are leaving Afghanistan, we are not coming back, and we will not fight you anymore. Now, our Republican colleagues want to say it is conditions-based. Did you notice earlier they didn't want you to talk about the conditions? Because the main condition is that the Taliban was going to stop attacking U.S. forces."

Blinken agreed with Lieu's assessment, and then the congressman continued.

"Donald Trump executed not only the surrender agreement but also 80 percent of the surrender of the withdrawal," said Lieu. "And he left you all with nearly 2500 U.S. troops, and the Taliban was still meeting their conditions. They literally put in a box that you have to withdraw all U.S. forces, or they would essentially start attacking our forces again."

Lieu further noted that for 20 years, the U.S. has gotten "rosy" assessments out of Afghanistan that turned out not to be entirely accurate.

Blinken explained that reducing the American fighting force from 13,000 down to just 2500 made it very difficult for Americans to ensure the Taliban met their agreements and in keeping Americans safe as they exited the country. Republicans criticized Blinken for not taking responsibility and instead blaming the Trump administration.