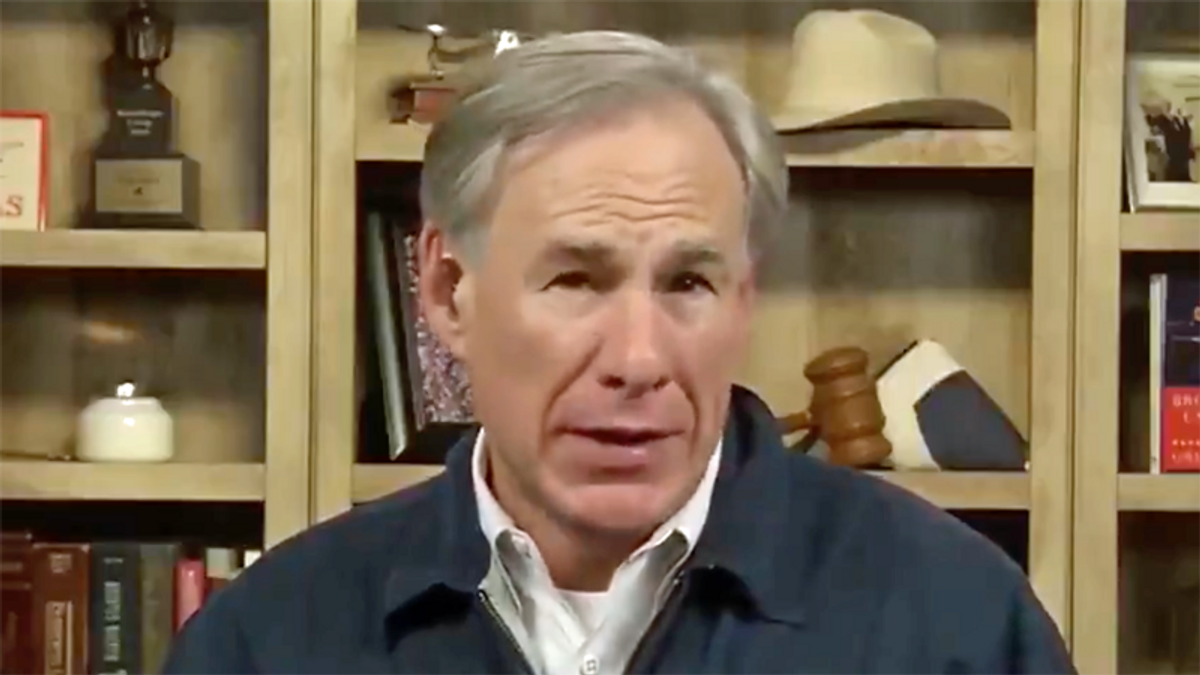 According to a report from Politico, Texas conservatives leaders and activists are furious with the Republican leadership of the state who have been spending their time pointing fingers and trying to spread blame as Texans are freezing in their homes after the state's power grid collapsed.

With Sen. Ted Cruz (R-TX) taking the most heat nationally after he was busted trying to flee the state with his family for the sunny beaches of Cancun, Gov. Greg Abbott is also being lambasted for his lack of leadership as Texans try to survive the killing cold.

As the Politico report notes, memories of the Texas freeze will likely damage the political futures of three of Texas's most prominent Republican lawmakers.

"Sen. Ted Cruz was discovered to have slipped off to Mexico on Wednesday night, only to announce his return when he was caught in the act.," the Politico report states. "Gov. Greg Abbott came under fire over his leadership and misleading claims about the causes of the power outages. And former Gov. Rick Perry suggested Texans preferred power failures to federal regulation, a callous note in a moment of widespread suffering."

According to JoAnn Fleming, a Texas conservative activist, "Texans are angry and they have every right to be. Failed power, water and communications surely took some lives," she said before adding, "The Texas electric grid is not secure."

Chad Prather, a conservative Texan who hosts a popular show on Blaze TV and plans to run against the sitting governor stated, "There's no question that this is a case of failing to relate to the people of Texas. I believe the person with the biggest consequence is going to be Greg Abbott. The underlying murmur is that he, too, will make a presidential run and the governorship has become much of an afterthought. It would seem we are a little vacant at the top. At least that's how many feel."

One GOP lawmaker, summed up the crisis with an understated, "this is not our party's finest hour."

George Seay, who served as finance chair for Perry's 2012 presidential bid, also had harsh words for Abbott and Cruz.

"Leaders have to say, not only is this unacceptable, not only is it a dereliction of duty to Texas citizens and their public safety and the common good, but we have to fess up for that. The governor is not a power generation expert, but he needs to raise his hand and say, 'I'm responsible for this.' It's not fair to him, to be clear, but that's the job," he explained before turning his guns on Cruz for his attempt to abandon the state.

"Is he focused on issues that center on the good of Texas? Not really. He's focused on running for president in 2024 and political machinations," Seay accused. "The blame-seeking and circular firing squads we're seeing is not helpful."