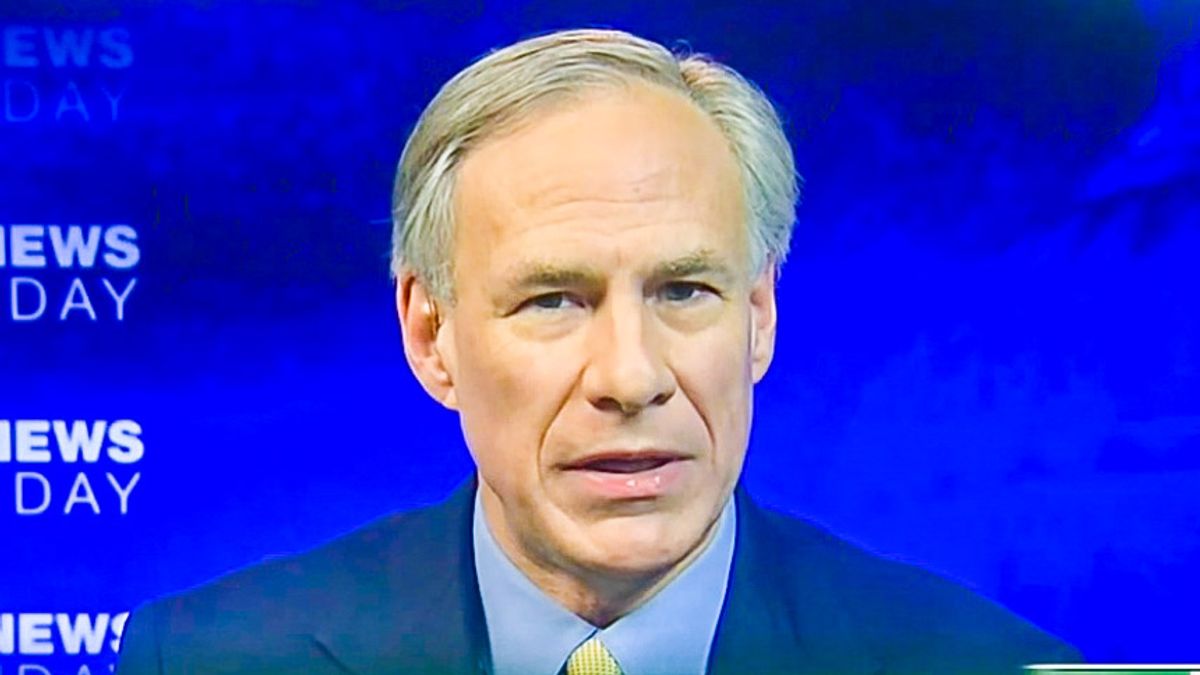 Republicans in Texas have been harshly criticized for "typical hee-haw thinking" that has resulted in power outages during the winter storm impacting The Lone Star State.

There are currently 4.3 million Texans without power and the crisis is now even worse as the storm is freezing natural gas.

In a Tuesday interview with WFAA-TV, Gov. Gregg Abbott (R-TX) said he had tried to increase power production, but natural gas is frozen.

Here is the thread on the interview WFAA-TV reporter Jay Wallis posted to Twitter:

In terms of natural gas, Abbott says it hasn't been able to be delivered to power generation centers across the sta… https://t.co/WvbVfzAlbh
— Jay Wallis (@Jay Wallis)1613517262.0

Abbott says his team has been on the phone with natural gas producers, telling them to accelerate the process to ge… https://t.co/VA2SGsUnTK
— Jay Wallis (@Jay Wallis)1613517696.0

On lawmakers' potential actions to the utilities that failed to winterize equipment, Abbott says they will look at… https://t.co/EWlMaEfKtV
— Jay Wallis (@Jay Wallis)1613518108.0