The legal woes of former US president Donald Trump 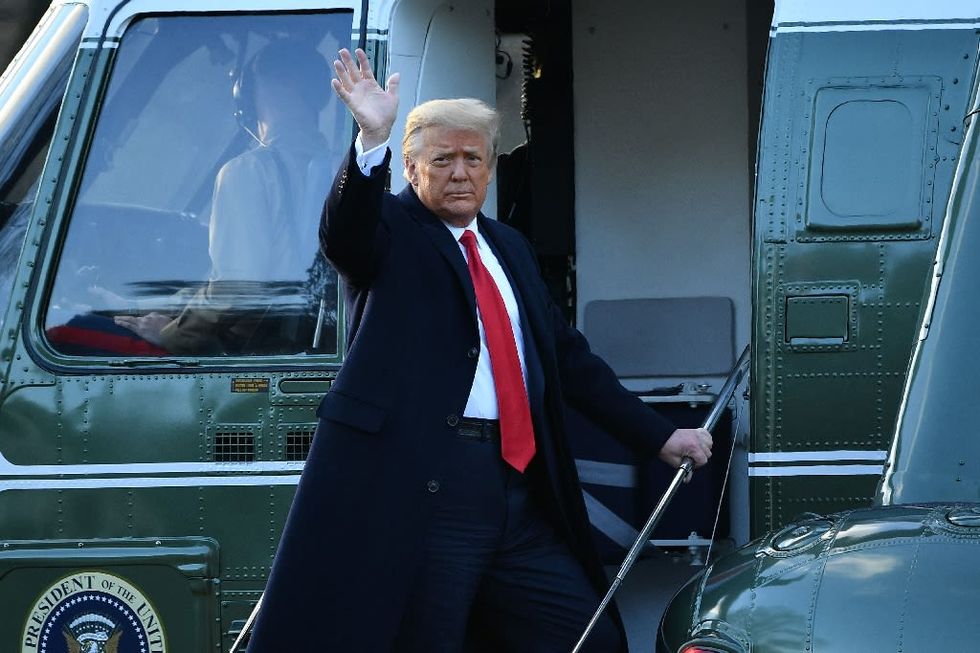 Washington (AFP) - Donald Trump has launched a new White House run despite facing legal exposure, and potential criminal charges, on several fronts -- with some suggesting the prospect may even have pushed him towards another presidential bid.

The 76-year-old Trump is being investigated for his role in last year's US Capitol attack, his efforts to overturn the 2020 election, and the stashing of classified documents at his Mar-a-Lago residence.

And New York state's attorney general Letitia James has filed a civil suit against Trump and three of his children, accusing them of business fraud.

Trump, who says he is a victim of political persecution, has not been charged with any crimes. His becoming a presidential candidate makes indicting him a much more delicate matter.

Even if charged, he can still run for president -- nothing in US law bars a person charged with or convicted of a crime from doing so.

Here are some of the key investigations weighing on the one-term president as he launches into the 2024 race:

A series of explosive hearings by the House of Representatives panel probing the attack on the US Capitol by Trump supporters on January 6, 2021 offered a roadmap for potentially charging the ex-president with a crime.

The lawmakers leading the hearings presented their case that Trump knew he lost the 2020 presidential election to Joe Biden, yet pressed his claims of fraud and ultimately brought his supporters to Washington for a rally that ended with a violent assault on Congress.

The House select committee also uncovered evidence of alleged misconduct by Trump leading up to the insurrection, including his attempt to co-opt government departments into his bid to overturn the election.

The lawmakers' work is separate from a criminal probe that the Justice Department has launched into the unrest and the events leading up to it.

Besides the legal ramifications, an unprecedented prosecution of a former chief executive would likely cause a political earthquake in a country already starkly divided along partisan Democratic and Republican lines.

Trump is being investigated for pressuring officials in the southern swing state of Georgia to overturn Democrat Joe Biden's 2020 victory -- including a now-infamous taped phone call in which he asked the secretary of state to "find" enough votes to reverse the result.

The civil suit filed by James, the New York state attorney general, against Trump and three of his children -- Donald Trump Jr, Ivanka Trump and Eric Trump -- accuses them of overvaluing multiple assets to secure loans and then undervaluing them to minimize taxes.

James is seeking $250 million in penalties as well as banning Trump and his children from serving as executives at companies in New York.

The attorney general is also seeking to bar Trump and his company, The Trump Organization, from purchasing property in the state for five years.

She also said her office was making a criminal referral to the US Justice Department and the Internal Revenue Service.

Trump denounced the suit as "another Witch Hunt by a racist Attorney General."

An FBI search of Trump's palatial Mar-a-Lago home in Florida in August turned up classified documents taken to his estate when he left office in January 2021.

The raid, which was personally approved by US Attorney General Merrick Garland, was triggered by a review of classified records that Trump finally surrendered to authorities in January this year -- after months of back and forth with the National Archives.

The Justice Department began investigating after the 15 boxes were found to contain national defense information, including 184 documents marked as confidential, secret or top secret.

The FBI, in the affidavit used to justify the raid, said it was conducting a criminal investigation into "improper removal and storage of classified information" and "unlawful concealment of government records."

The search warrant said the probe was also related to "willful retention of national defense information," an offense that falls under the Espionage Act, and potential "obstruction of a federal investigation."

A "special master," a senior New York judge, has been appointed to screen the seized files for privileged materials.

On Wednesday, a three-judge appellate panel ruled that while the special master conducts his review, the government should be able to continue using those documents marked as classified for its investigation.