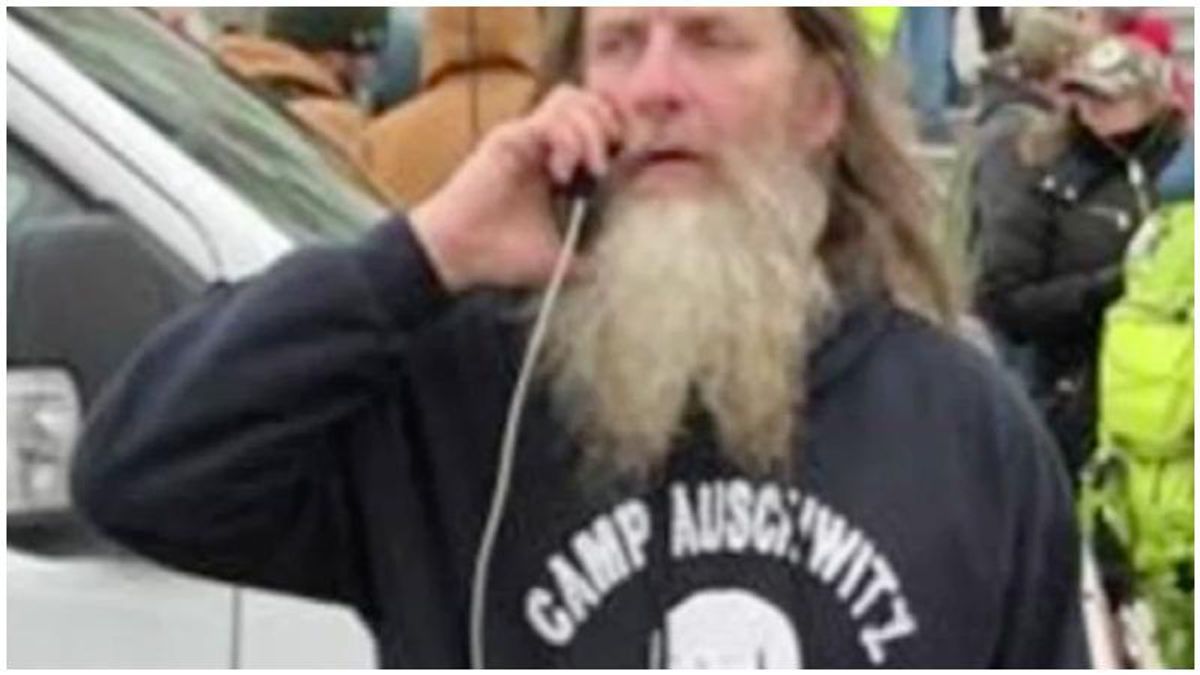 A man who breached the U.S. Capitol last week and appeared in numerous pictures on social media wearing a sweatshirt with the words "Camp Auschwitz, has been arrested, according to CBS News and local news outlets.

The man's name is Robert Keith Packer, according to sources speaking to CNN. He was arrested on Wednesday morning by U.S. Marshals.

10 On Your Side spoke with neighbors of a property that public records indicated was owned by Packer, and they confirmed they recognized him.

"When you wear a T-shirt that glorifies the atrocities during WWII against the Jewish people and other people. It really hurts your heart," Packer's neighbor Sydney Cohen said.

Sources speaking to CNN said that Packer previously worked as a welder and pipe-fitter and was a "long-time extremist who has had run-ins with the law."

Watch a report on the story from WAVY News below: