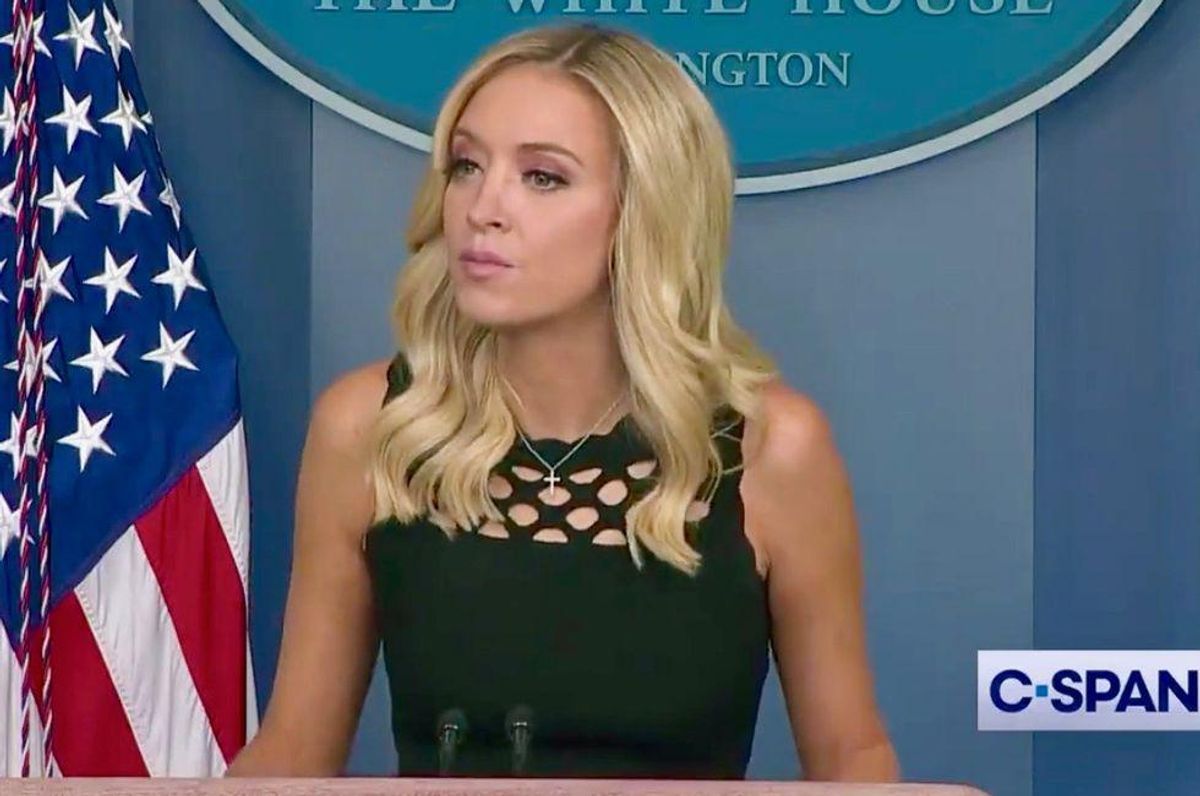 Here is a list of some of McEnany's lies to remind her:

2. Trump's remarks about injecting disinfectants were "taken out of context" she claimed. That's a lie.

Here's what Trump said: "I see the disinfectant, where it knocks it out in a minute — one minute — and is there a way we can do something like that by injection inside, or almost a cleaning? Because you see it gets in the lungs, and it does a tremendous number on the lungs. So it'd be interesting to check that. So you're going to have to use medical doctors with — but it sounds interesting to me."

Here's what McEnany said: "President Trump has repeatedly said that Americans should consult with medical doctors regarding coronavirus treatment, a point that he emphasized again during yesterdays' briefing. Leave it to the media to irresponsibly take President Trump out of context and run with negative headlines."

The recordings with Bob Woodward confirmed that Trump was well aware that the virus is "more deadly" than most people understand and admitted that he intentionally downplayed it to ensure there wasn't panic.

4. After the Mueller report was published McEnany said that it revealed "the complete and total exoneration of President Trump."

This happened in her first-ever press conference for the White House moments after she promised the press, "I'll never lie to you."

Mueller's report says, word-for-word in the conclusion that "while this report does not conclude that the President committed a crime, it also does not exonerate him."

The report also included 10 examples of Trump's efforts to obstruct justice, which Mueller testified before Congress could be charged after he leaves office.

5. Kayleigh McEnany claimed that Trump stands with those with pre-existing conditions.

Even Vanity Fair pointed out the hypocrisy of McEnany after she left the White House. And those don't even count the post-election lies and the attacks on former President Obama's transition, which she insulted after Trump claimed the Obamas were "magnificent."

McEnany isn't the only one who has attempted to rebuild her reputation after the Trump administration. Some pundits believe Secretary of State Mike Pompeo is gearing up for his own major political run for president or vice president. He too has been telling some whoppers trying to rebuild his reputation. Conservative columnist Max Boot even mocked that there isn't enough room in the newspaper to chronicle all of Pompeo's lies.