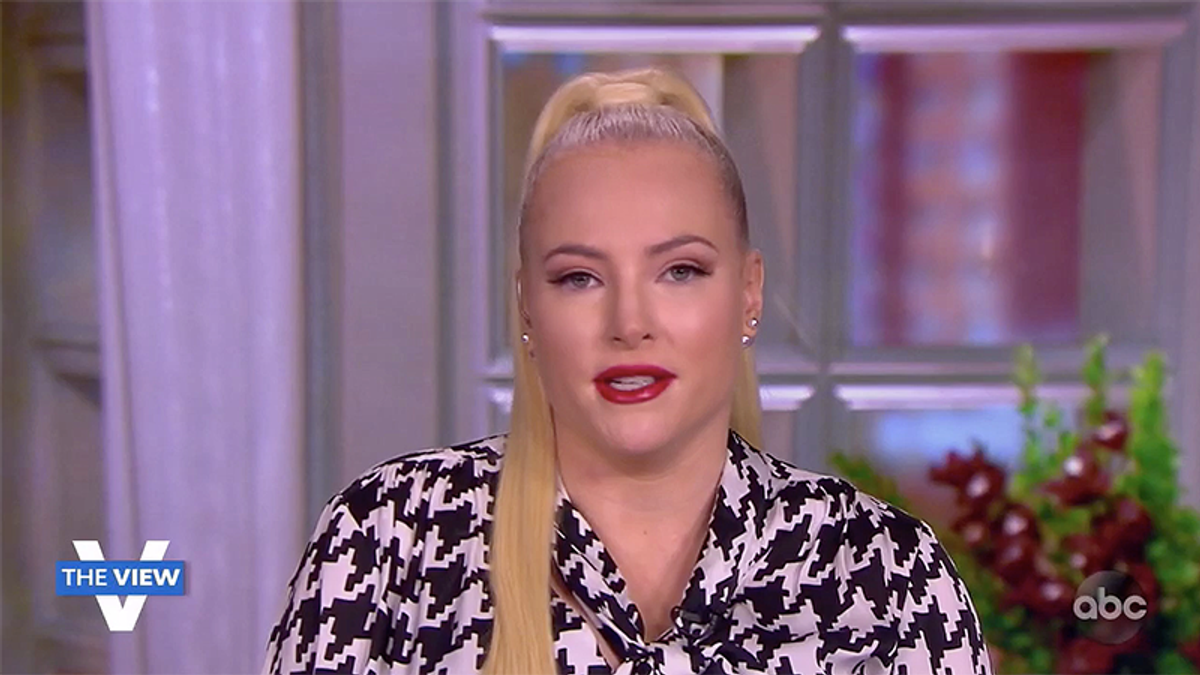 President Donald Trump is toying with the idea of starting another party as members of the GOP line up to hold him accountable for his role in the Capitol insurrection on Jan. 6. While New York Times reporter Maggie Haberman reported that Trump has been dissuaded from the idea, for now. Someone in Georgia has already filed the paperwork with the Federal Elections Commission for the Patriot Party, indicating Trump is their candidate.

All of it led "The View" co-hosts to say that they think it's the only way for the GOP to purge the Trump-loyalists from their ranks.

"I do think this is an important issue for Republicans to decide," said Sunny Hostin. "Is it going to be just the Republican Party, or will you hear about this third party, the MAGA party or the Patriot Party? My understanding is that former President Trump is looking to start this -- this Patriot Party, and a recent -- a recent Washington Post/ABC News poll found that six in ten Republicans found that Republicans should follow Trump's leadership, rather than chart a new path. If that is true, six in ten Republicans, then there is no other choice than to form a new party, and then, you know, perhaps the true Republican conservative -- conservatives will remain in the Republican Party."

But it was Meghan McCain who internalized it to be about an attack on her. She noted that Katie Couric recently asked how so many Trump supporters could be "deprogrammed" from the cult.

"And the question is how are we going to really almost deprogram these people who have signed up for the cult of Trump," Couric said.

McCain in the past has appeared to be supportive of President Joe Biden and against the ideology of Trumpism but took up for the MAGA "cultists" who stormed the Capitol and QAnon believers calling them people like her.

"I had sort of assumed after President Biden won that the feeling of unity and coming together would be something that would be happening, that Democrats would be wanting Republicans to come together with them to go forward, and instead we're hearing a lot of language from people like Katie Couric that Republicans like me need to be, 'deprogrammed,' that we're brainwashed, that there are people who are irredeemable people, and we don't need to have anything to do with them, and I think it's horribly dangerous for the country," McCain complained. "And there is a vacuum to pick up -- four in ten Republicans who feel very disenfranchised, and if President Biden and Democrats want to have a big party and include some of these people, great, and if we're all just deplorable and need to be reprogrammed as Katie Couric said, then honestly they can go to hell because I don't need to be deprogrammed. I just have a different perspective on how the government should be run."

Last week, the Arizona Republican Party voted to censure Meghan McCain's mother, Cindy, because she failed to support President Donald Trump in the 2020 election. The younger McCain was not singled out by the Arizona GOP.