'They hate the poor': Missouri GOP slammed for ignoring voters and throwing '$1 billion into the garbage' 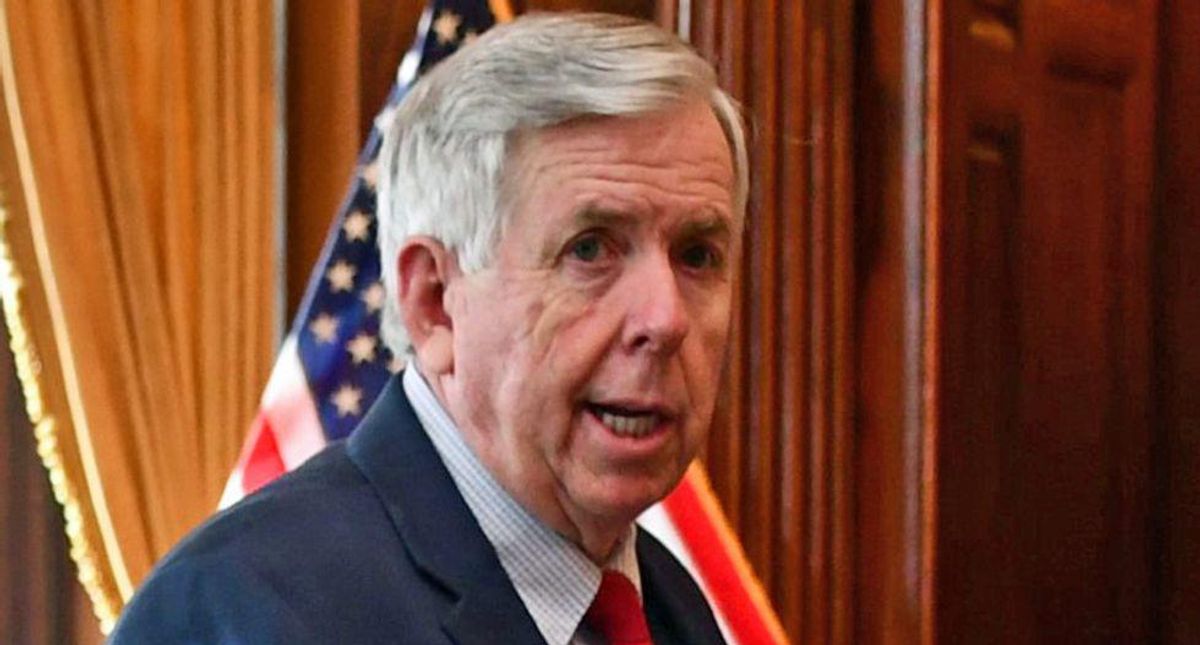 In August 2020, Missouri residents voted to expand Medicaid in their state. But now, Republicans who control Missouri's state legislature are rejecting that expansion. And the Kansas City Star's editorial board lambasts them for it in a scathing editorial published on March 26.

The editorial board explains, "You'll recall the state's voters told lawmakers to expand Medicaid last August. The state's constitution requires the state to provide Medicaid coverage for eligible Missourians at or below 133% of the poverty level. For the radical Republicans in Jefferson City, however, the people's will, and the constitution, are mere waste, to be flushed away. After several hours of debate Thursday, the committee rejected the Medicaid expansion budget measure: nine voting to approve it, 20 voting no."

The editorial lays out some reasons why Missouri Republicans are showing a lack of common sense.

"Let's be clear about the numbers," the Star's editorial board emphasizes. "Expanding Medicaid would cost about $1.6 billion, according to the bill. Of that, only $103 million would come from the state's general revenue. More than $1.4 billion would come from Washington. No one can seriously argue Missouri lacks its $103 million share. State revenues are relatively even after the COVID-19 pandemic, and the federal government is pouring billions of additional dollars into the state to ease any additional budget concerns."

The editorial board adds that even Gov. Mike Parson, a Republican, has a budget that "provides for expanded Medicaid."

"He knows the money is there," the Star editorial board writes. "In fact, Missouri is likely eligible for enhanced payments from Washington for Medicaid expansion as part of the COVID-19 relief bill. None of this made the slightest difference. Lawmakers on the Budget Committee simply threw more than $1 billion into the garbage, along with the state's most vulnerable citizens…. They're turning down billions of federal dollars. They're ignoring voters. They're violating the state constitution. Why?"