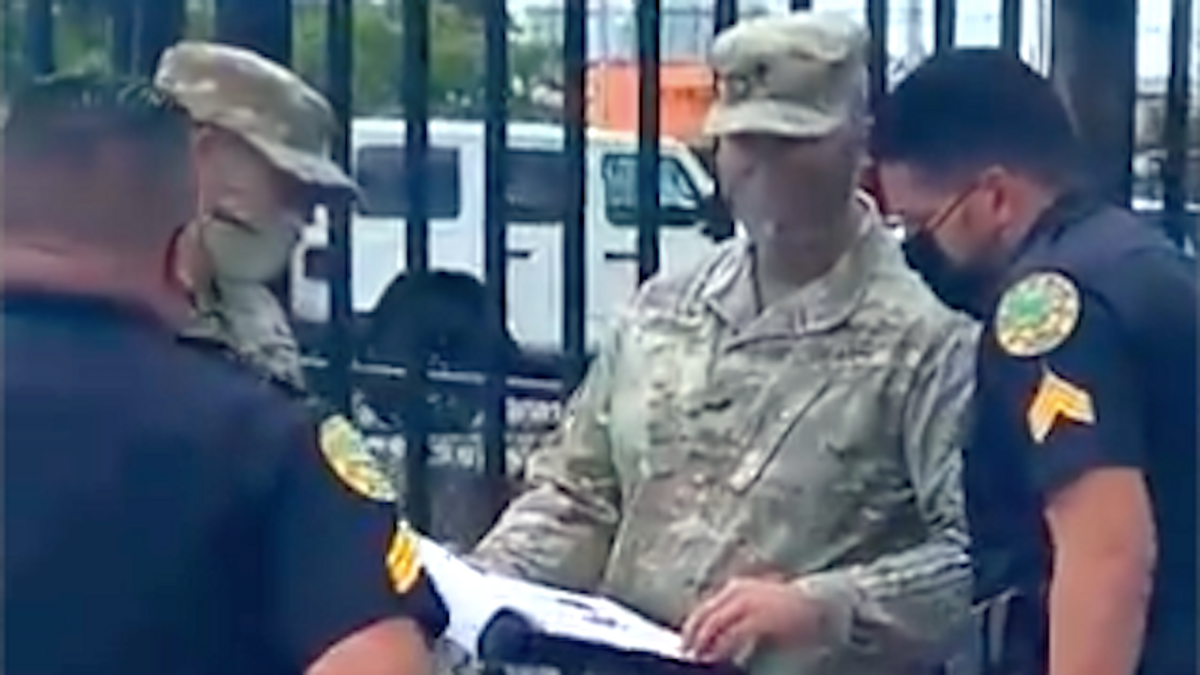 Thomas Kennedy, a Miami-based activist and member of the Democratic National Convention, said he was stopped by uniformed service members at a press event held at a National Guard armory.

"Just tried to get into a Ron Desantis press event in Miami and they literally had military personnel with FL Department of Law Enforcement documents with my photo and information waiting to stop me," Kennedy tweeted. "This how terrified Ron Desantis is of criticism."

Just tried to get into a Ron Desantis press event in Miami and they literally had military personnel with FL Depart… https://t.co/VLx9xFQM4D
— Thomas Kennedy (@Thomas Kennedy) 1623075662.0

He was also detained and then removed April 8 from another DeSantis event by Miami-Dade police, whose public records later showed had been warned by the Florida Department of Law Enforcement that Kennedy was a "known agitator."

Kennedy has publicly clashed with the governor over his coronavirus handling, saying that DeSantis should resign in shame.

Here is a video of military personnel and police reviewing documents with my picture and information after they sto… https://t.co/auHMNgTC7N
— Thomas Kennedy (@Thomas Kennedy) 1623077885.0