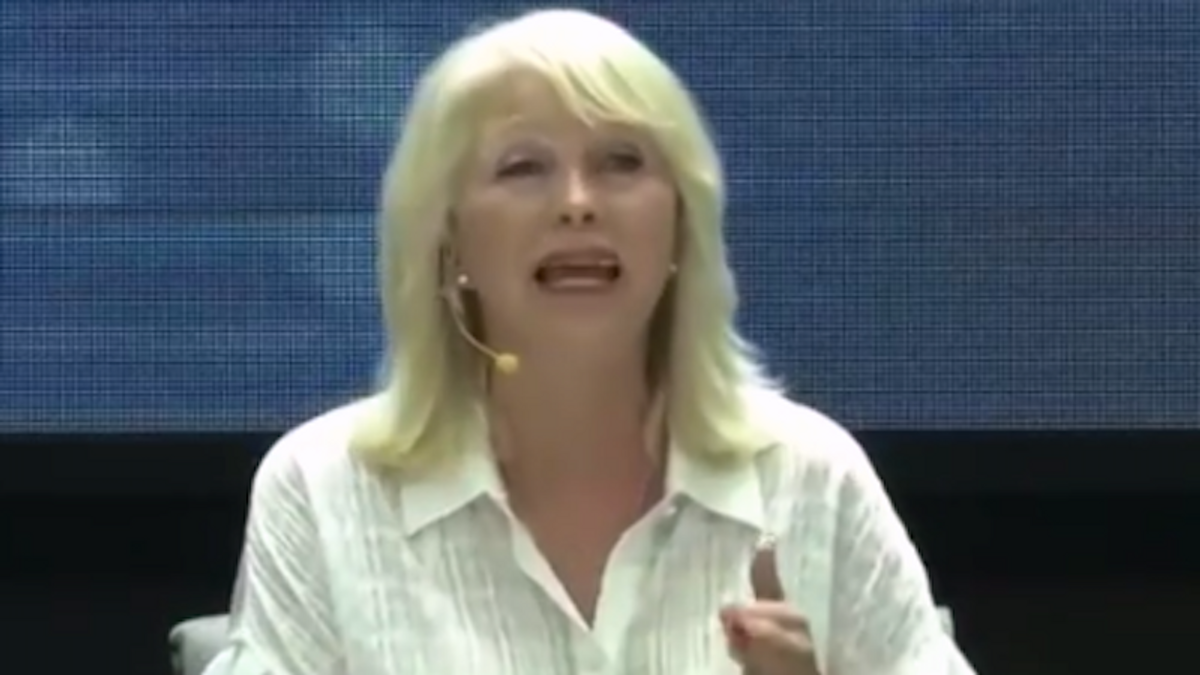 Secretary of state Jena Griswold, a Democrat, started inspecting the equipment and documents alongside Mesa County law enforcement officers -- and Peters isn't responding to the state order and described the inspection as a "raid" during a symposium hosted in South Dakota by conspiracy-mongering MyPillow CEO Mike Lindell, reported The Daily Sentinel.

"When I got on a plane to come see you folks and to talk to you out there, guess what they did," Peters said at the symposium in Sioux Falls. "They provided a search warrant and raided my office. We don't know what they were doing in there, because for several hours they wouldn't even let my chief deputy, who is the acting clerk for Mesa County when I'm absent, they wouldn't let her observe what the secretary of state and Dominion [Voting Systems] were doing in my office."

No representatives from Dominion, which has filed a billion-dollar defamation suit against Lindell, were present during the inspection, which was conducted alongside investigators from Mesa County's Republican district attorney Dan Rubinstein's office.

A man who was employed by Peters but does not show up on Mesa County payroll records allegedly shared the passwords with conspiracy theorist Ron Watkins -- widely rumored to be at the center of the Qanon conspiracy theory -- before they were posted on the right-wing blog Gateway Pundit.

Rubinstein denied Peters' claim that she had consulted with him about the investigation, and the district attorney has opened a criminal investigation into the password leak.

The employee's identity is not yet known.

Griswold made clear that her investigation is not related to any election results, but the U.S. Election Integrity Plan -- which has been trying to prove Donald Trump lost the election due to alleged fraud -- blames the secretary of state for leaking the passwords.