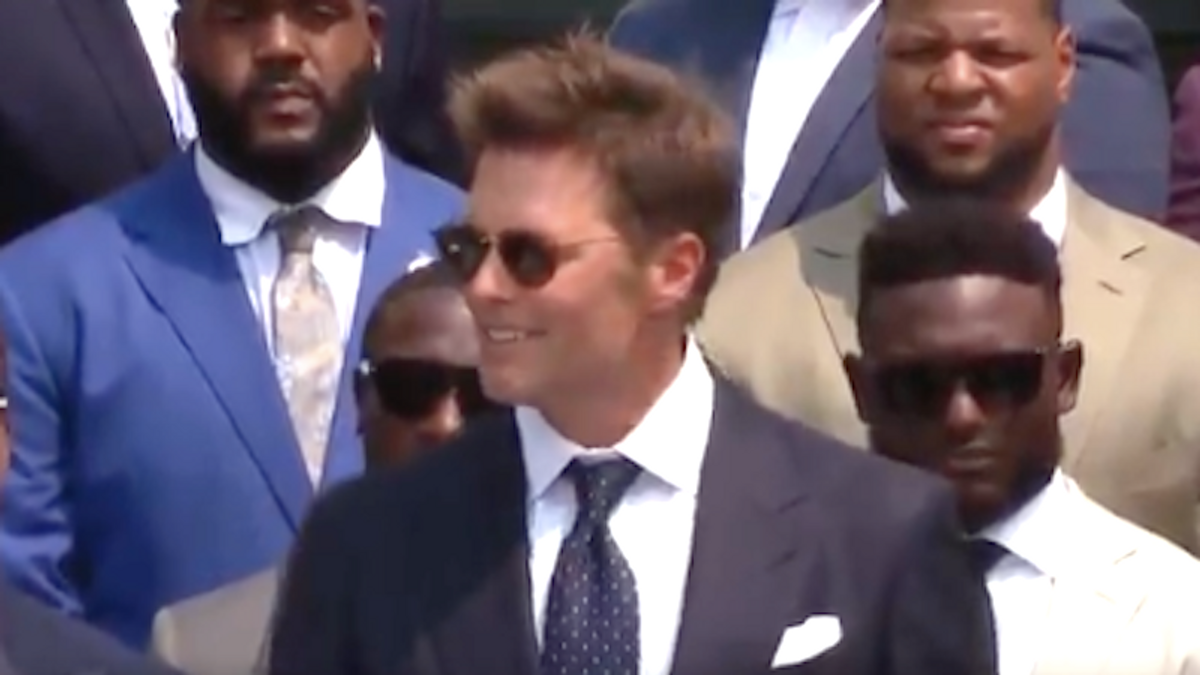 Tom Brady mocked Donald Trump during a visit to the White House to celebrate the Tampa Bay Buccaneers winning the Super Bowl.

The seven-time champion visited the White House on Tuesday to celebrate February's 31-9 victory over the Kansas City Chiefs, and he appeared to take a shot at his former friend with a joke about Republican denial of the ex-president's election loss.

"Not a lot of people think that we could have won," Brady said. "In fact, I think about 40 percent of the people still don't think we won."

"I understand that," Biden said.

"You understand that, Mr. President?" Brady added, for good measure.