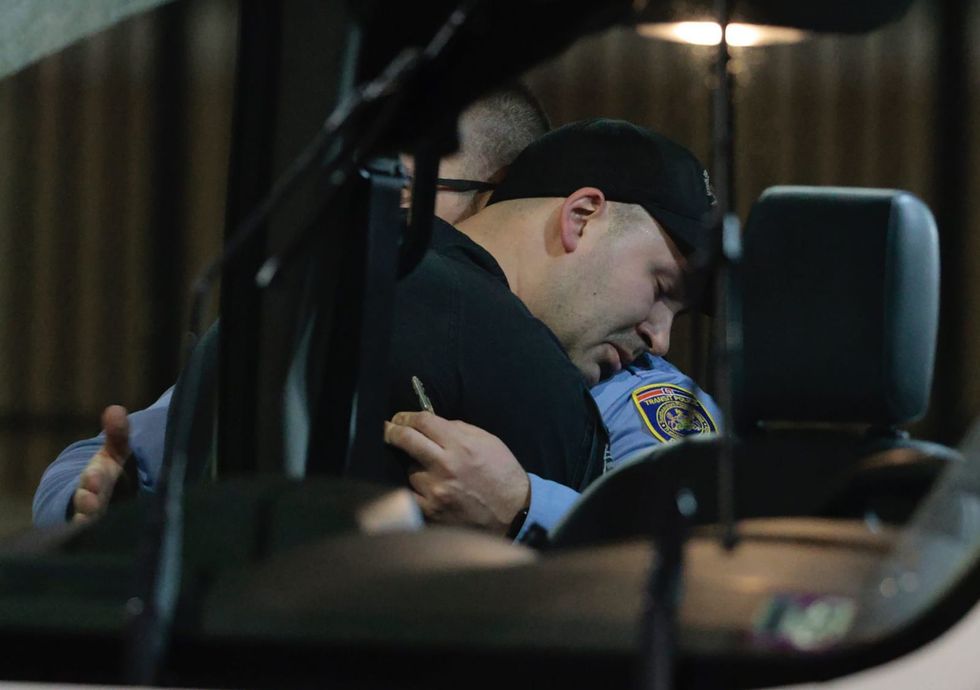 Two SEPTA police officers embrace at Temple University Hospital after a transit officer was shot on the 4700 block of Leiper Street on Wednesday, April 6, 2022, in Philadelphia. - Elizabeth Robertson/The Philadelphia Inquirer/TNS

PHILADELPHIA — A SEPTA transit police officer was hospitalized in critical but stable condition after gun battle erupted Wednesday evening between police and a man suspected of shooting two women in the city's Frankford section. The male suspect was later found dead inside an apartment building where he had barricaded himself and was firing out a window at officers, police said after the situation was declared under control. Around 7 p.m., officers responded to the sound of gunshots near the Arrott Transportation Center and found two women with gunshot wounds at Arrott and Griscom Streets, pol...