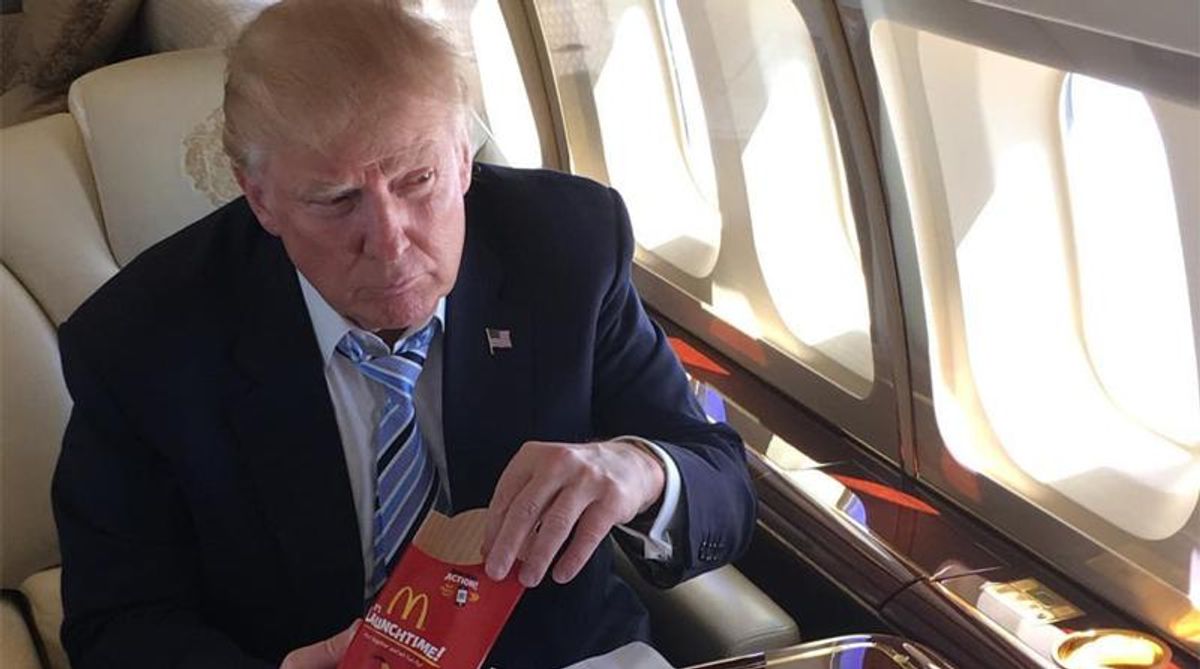 In an interview with the Daily Mail, a former bodyguard for Donald Trump before his four-year stretch as the president claims he paid Trump's $130 bill at a McDonald's restaurant in Scotland and never got the money back from the reportedly wealthy businessman.

According to Kevin McKay, he worked for Trump in Scotland and claims that he put up with five years of "rants, arguments and temper tantrums," and is still owed the cash for the McDonald's food run.

In the interview, McKay described a golf outing at Trump's golf course in Scotland that concluded with a customary trip to the burger restaurant where he said Trump's entourage required what he estimated to be "20 cheeseburgers and fries with around 10 or 15 Coca Colas."

According to McKay, "'We were driving from Mr. Trump's estate and just as we got to the Bridge of Don, he asked to stop at McDonald's so he could buy food for the flight back to New York. We were in a convoy of six blacked out Range Rovers with about 15 men in suits inside, so there must have been some shocked expressions as we pulled up in the carpark. Mr. Trump didn't have any UK currency – pounds – so he asked me if I could front him the cash."

After agreeing to foot the bill, the bodyguard claims Trump told him, "You'll get it back,' with McKay adding, "It was a decent amount of money for me because I was earning about £2000 ($2700) a month working for Mr. Trump."

He admitted he never brought it up and --since Trump never did too -- he was never compensated.

"I never heard about it again after that. I should have asked him for the money but I brushed it under the carpet at the time," he explained, before adding that he was eventually fired and that the stress of the job also contributed to his marriage falling apart.

"My divorce was finalized in February 2014 and it was the stress of that job and everything that contributed to my marriage ending after 23 years," he admitted.