'There is a God': Trump brutally mocked after he's denied permit for July 4th weekend rally 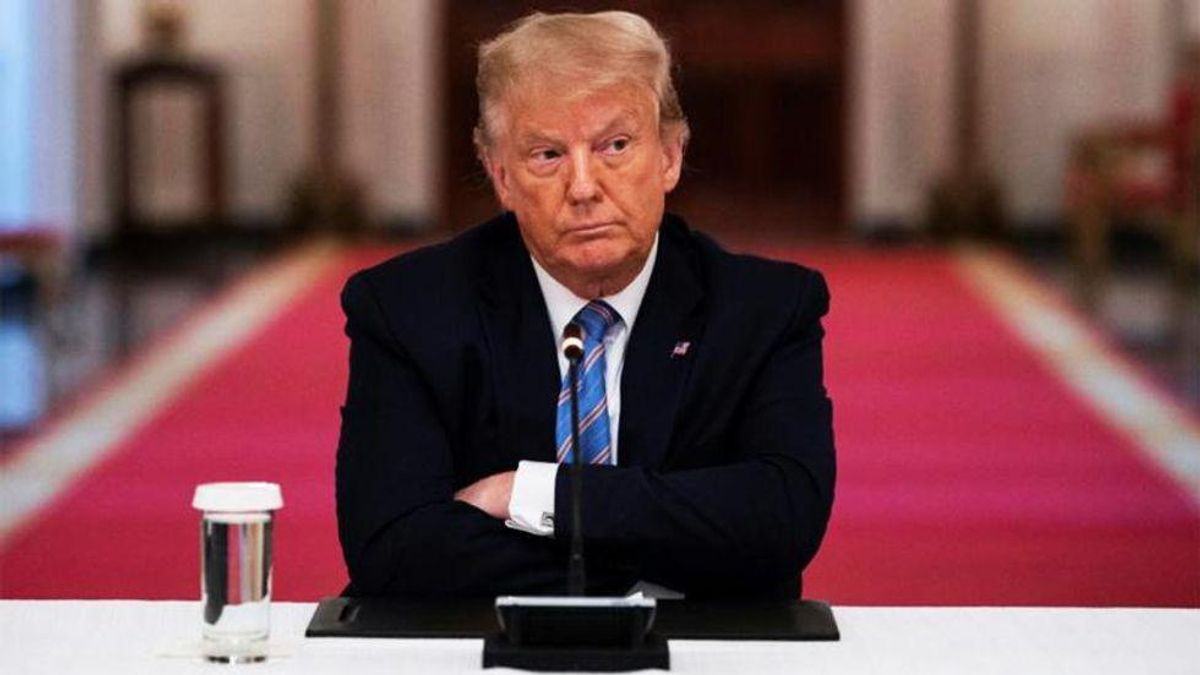 According to a report from AL.com, Donald Trump's plan to hold a July 4th weekend rally at the USS Alabama Battleship Memorial Park on the western shore of Mobile Bay has been shot down by park commissioners over concerns about its possible content.

In a statement chairman of the commission, Bill Tunnell explained the board thought Trump's rally "...was going to be a partisan political event, rather than just a patriotic event planned for that evening," which is why they denied the permit.

"Tunnell says commissioners sought an opinion from the attorney general's office in late May. NBC 15 News obtained Attorney General Steve Marshall's response which stated there was little time for a formal opinion to be rendered but did note the park may be used for political events provided access is 'available for all political parties and candidates on an equal basis,'" NBC 15 News reported.

Needless to say, the former president being denied his July 4th rally set off a flurry of commentary with one Twitter commentator thanking God July 4th news of whatever Trump planned to say won't be front and center over the holiday weekend.