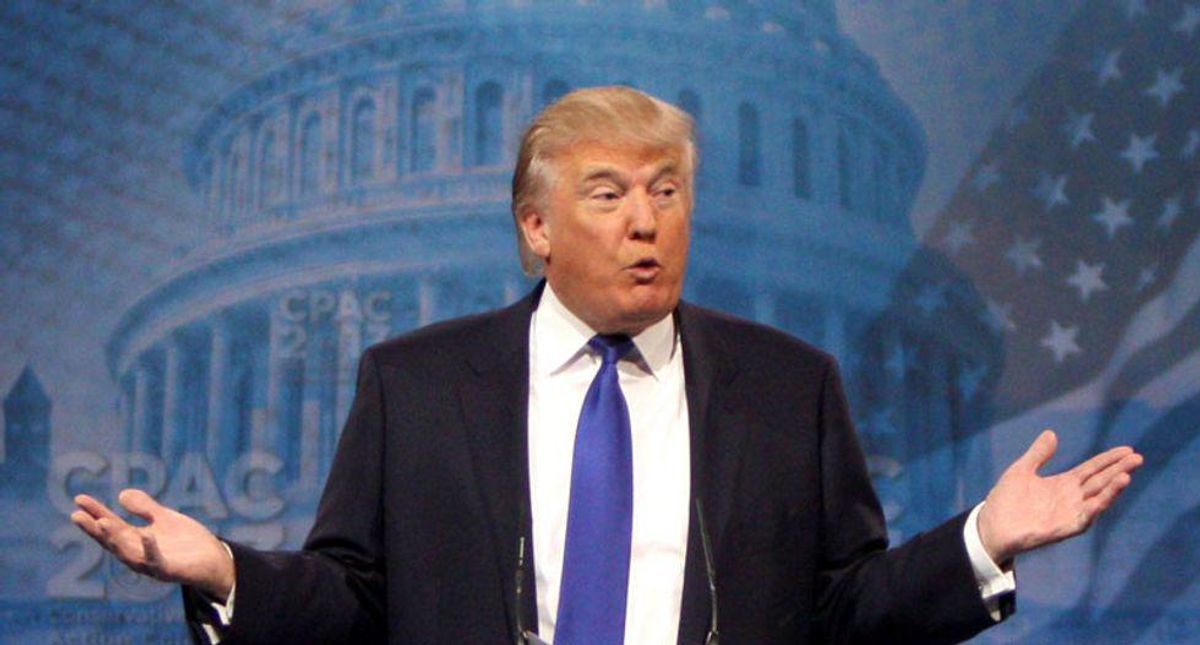 But one woman asked for her birthday message had different feelings that she conveyed on-air.

"I'm not going to to wish you a happy birthday," the woman said. "Because I think you're a jerk."

"And I think you should be in jail for all the laws that you broke," she added.

Trump is celebrating his birthday at his resort in Bedminster, New Jersey.