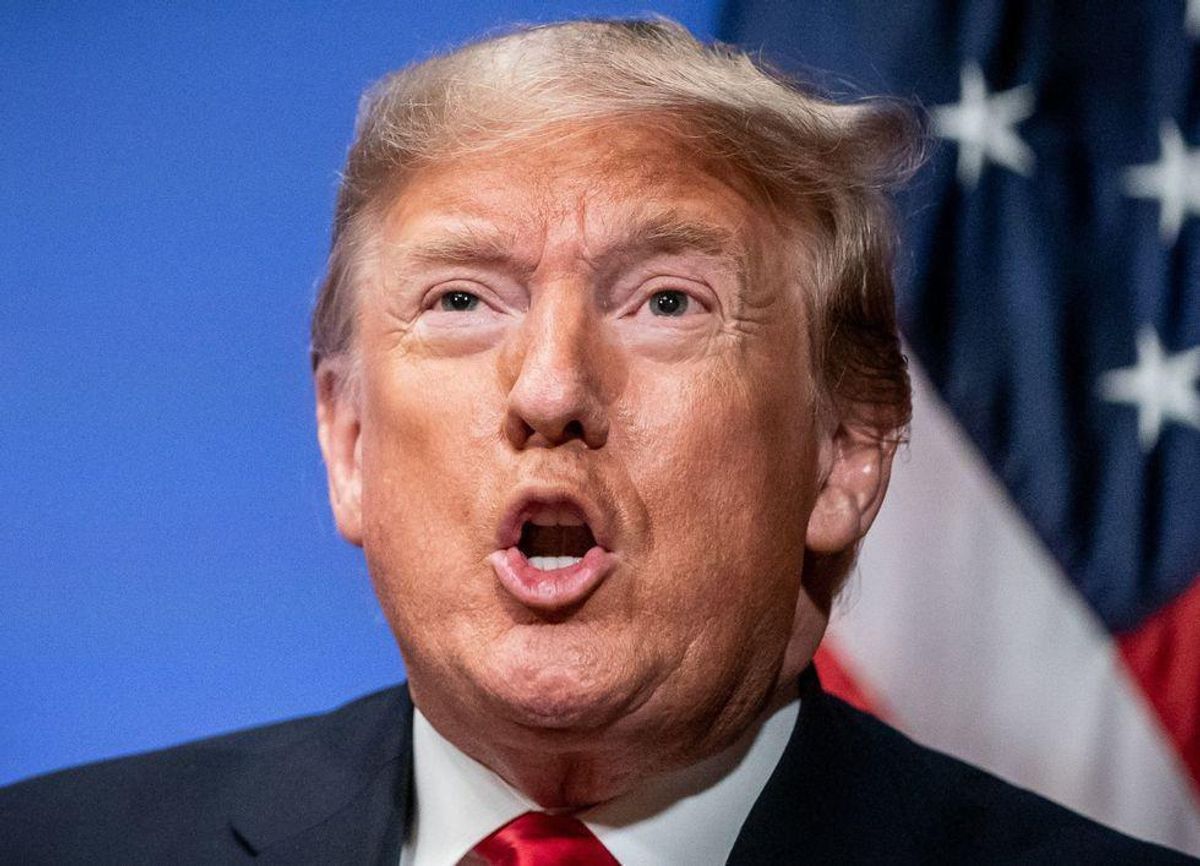 Former president Donald Trump jumped into the remembrance of the 9/11 victims on Saturday morning, issuing a video statement on the 20th anniversary of the tragedy with an official-sounding, "20th Anniversary of September 11th Address from President Donald J. Trump."

In the video the former president attacks President Joe Biden, stating, "It is also a sad time for the way our war on those that did so much harm to our country ended last week." The loss of 13 great warriors and the many more who were wounded should never have happened. Overall, two hundred and fifty people were killed in Afghanistan last week and so many more were seriously injured. We had eighty five billion dollars of the finest and most sophisticated military equipment taken from us without even a shot being fired. The leader of our country was made to look like a fool, and that can never be allowed to happen. It was caused by bad planning, incredible weakness, and leaders who truly didn't understand what was happening."

Trump's video comes hours before the actual serving President Joe Biden will make a statement and visit all three sites of the plane crashes that took the lives of 2,977 people killed in New York City, Washington, DC and just outside of Shanksville, Pennsylvania.

Trump's video was posted to Twitter by spokesperson Liz Harrington in the tweet you can see below: