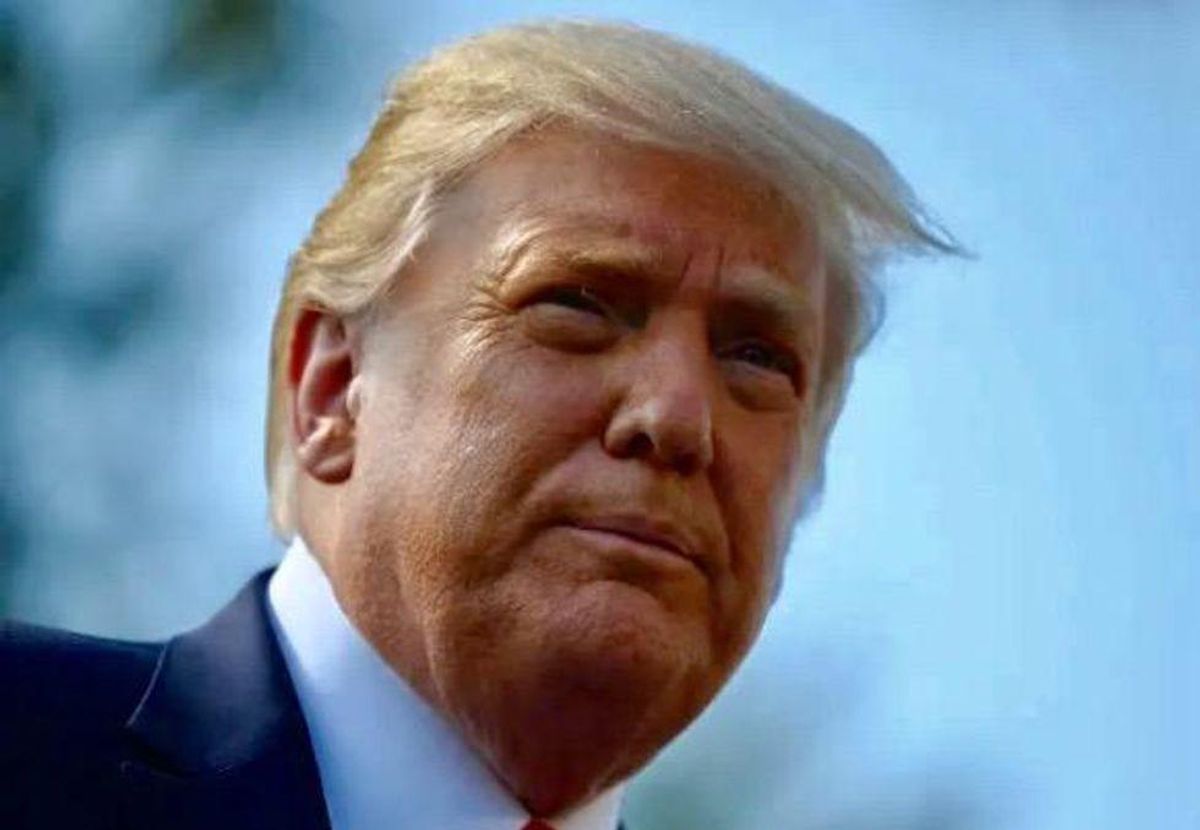 According to a report from the Washington Post's Dave Weigle, the Republican National Committee has memory-holed a page on their website that touted Donald Trump's 'historic peace agreement" with Afghanistan.

As Kabul fell on Sunday afternoon and the fingerpointing began over who is to blame -- President Joe Biden for pulling the military out or Donald Trump for negotiating the release of Taliban soldiers who have taken part in the assault on the Afghanistan capitol -- Weigle noticed a change at the website.

"How quickly can the politics around Afghanistan change? Here's a section on the RNC's website in June; click it now and you get a 404 error.," he wrote with an accompanying screenshot of the page when it still existed.

How quickly can the politics around Afghanistan change? Here's a section on the RNC's website in June; click it now… https://t.co/w6d0UGNFZh
— Dave Weigel (@Dave Weigel) 1629062813.0

As he notes, clicking on the URL takes a curious reader to a 404 error page that features President Joe Biden and states, "4040 error -- It looks like you are as lost as Biden is."

Weigel's claim was supported by the Guardian's Hugo Lowell, who wrote, "New: Republican Party has removed a page from their website bragging about Trump's deal with the Taliban that committed Biden to withdraw 5,000 US troops from Afghanistan — and led to the fall of Kabul today."

“President Trump has continued to take the lead in peace talks as he signed a historic peace agreement with the Tal… https://t.co/J53ODilzfs
— Hugo Lowell (@Hugo Lowell) 1629069961.0