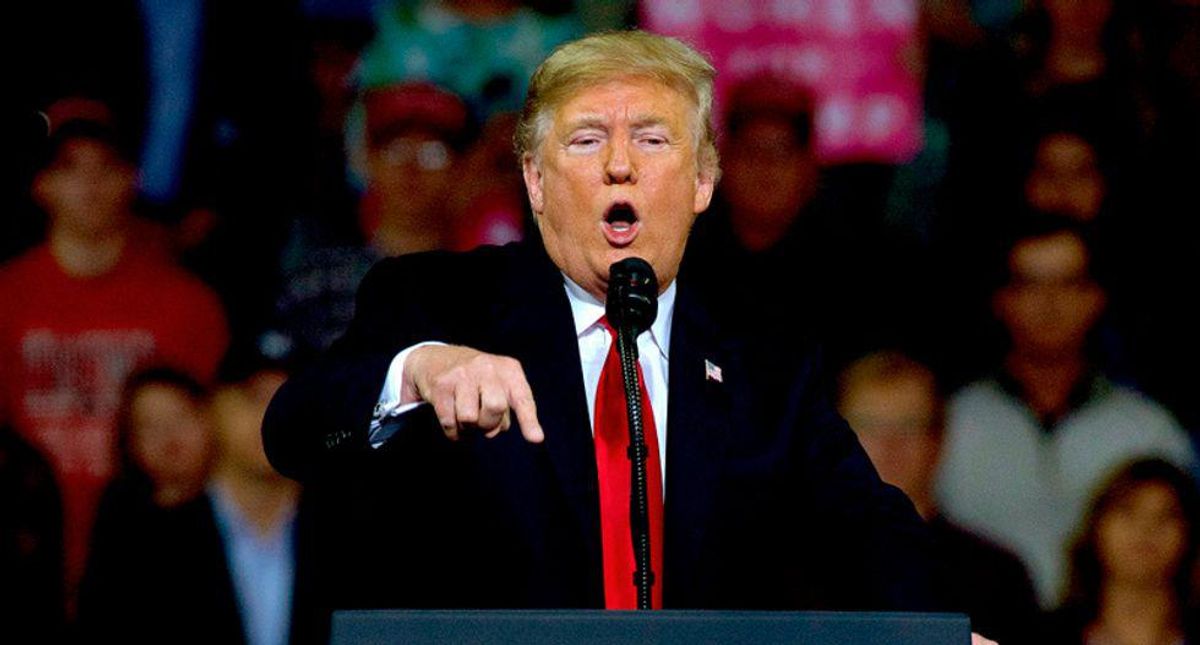 With the Taliban completing their takeover of Afghanistan and refugees desperately fighting to leave the country, former President Donald Trump has gone after President Joe Biden, calling on him to "resign in disgrace" over the withdrawal.

But shortly after he did, an old clip made the rounds on social media, in which Trump bragged just one month ago that he was the real mastermind behind the exit from Afghanistan, saying that he "started the process" and Biden wanted to stop it but couldn't.

Commenters on social media promptly roasted Trump for his about-face, reminding him that just weeks ago he wanted credit for the very thing he is now demanding Biden "resign in disgrace" over.

But because Trump was a colossal, unredeemable goofus, the cable news media is giving all this a pass. https://t.co/hdMuAELowv
— Bob Cesca (@Bob Cesca) 1629124257.0