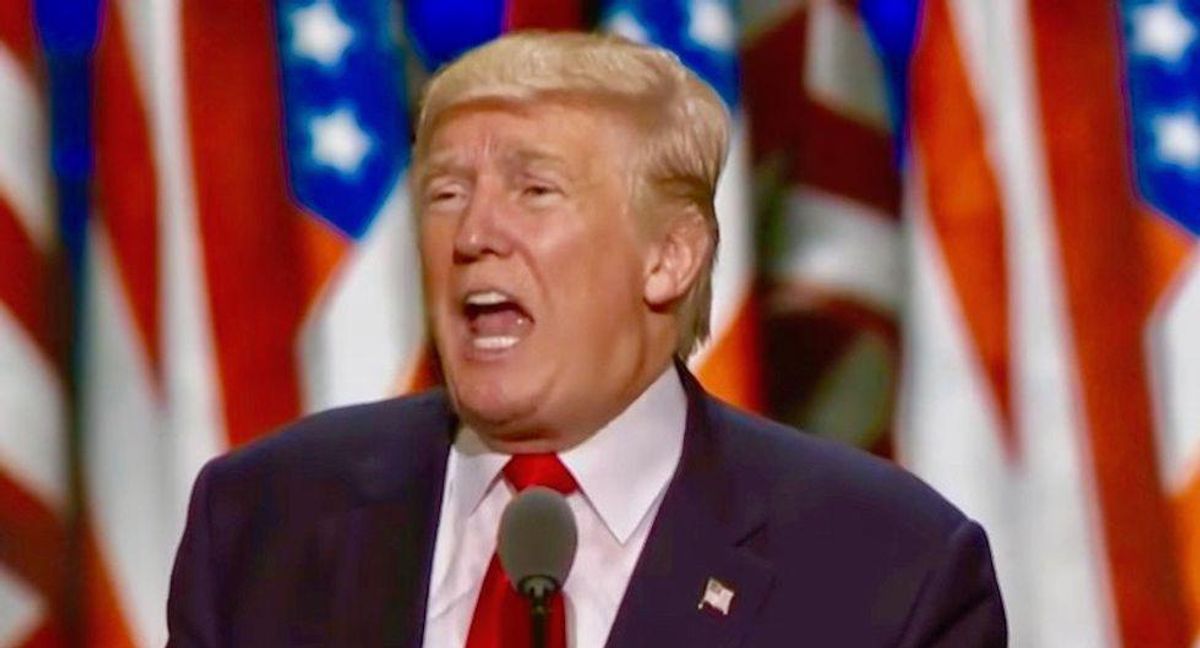 Former President Donald Trump once again cast aspersions on American Jews who didn't vote for him in either the 2016 and 2020 presidential elections.

Via The Forward's Jacob Kornbluh, Trump told conservative Jewish publication Ami Magazine that American Jews didn't give him enough credit for everything he did to help Israel.

"I did the Heights, I did Jerusalem, and I did Iran... I believe we got 25 percent of the Jewish vote, and it doesn't make sense," he complained. "It just seems strange to me."

According to the Jewish Virtual Library, Trump only received 22 percent of the Jewish vote in the 2020 election, while President Joe Biden received 76 percent.

Trump then questioned American Jews' love of Israel because they didn't vote for him.

"Jewish people who live in the United States don't love Israel enough," he said. "Does that make sense to you? I'm not talking about Orthodox Jews."

The remarks echo those made by Trump in 2019 when he said that "any Jewish people that vote for a Democrat, I think it shows either a total lack of knowledge or great disloyalty."