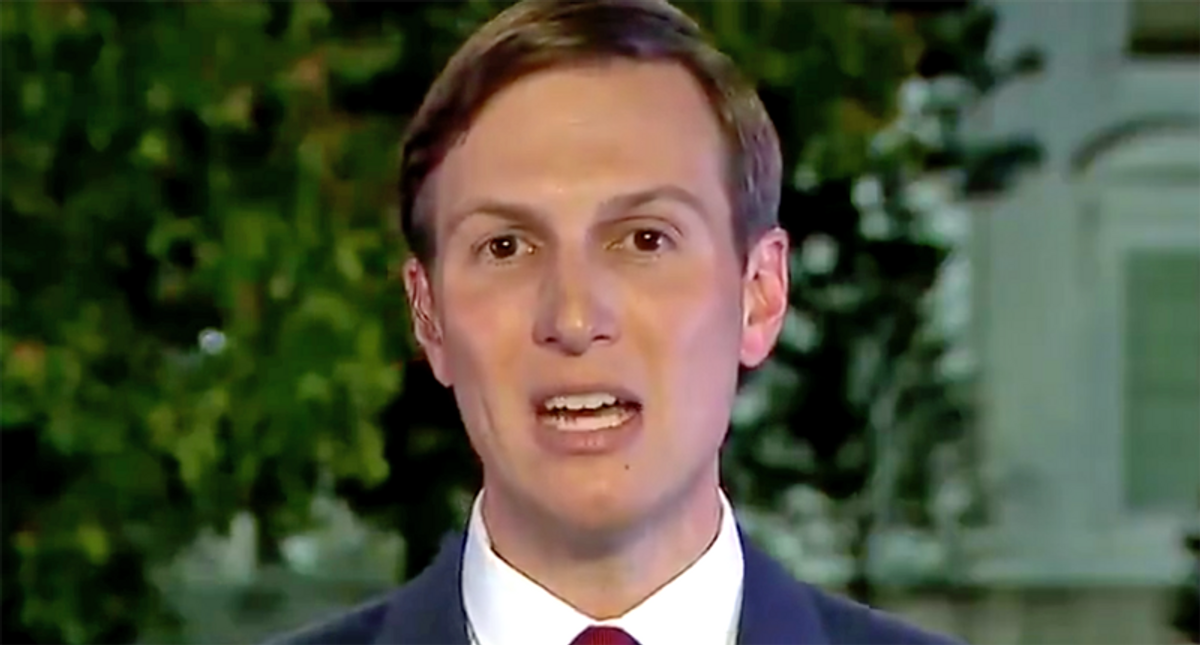 Some aides to President Donald Trump encouraged him to join a fringe social media network that has become a favorite of neo-Nazis, but son-in-law Jared Kushner reportedly intervened to stop him.

CNN reports that Kushner "intervened when other officials tried restoring the President's social media presence on sites that are often havens for extremists, such as Gab," which is heavily used by neo-Nazis and other assorted racists as a "free speech" alternative to Twitter.

"Kushner and deputy chief of staff Dan Scavino blocked efforts by other aides, including personnel chief Johnny McEntee, to get the President on fringe social media platforms after he was suspended in some fashion from almost every major one, including Twitter, Facebook and, now, YouTube," CNN reports.

Trump was suspended from major social media platforms after he incited a riot at the United States Capitol building last week that resulted in the deaths of five people.

The House of Representatives is expected to impeach the president later on Wednesday on charges of inciting an insurrection.