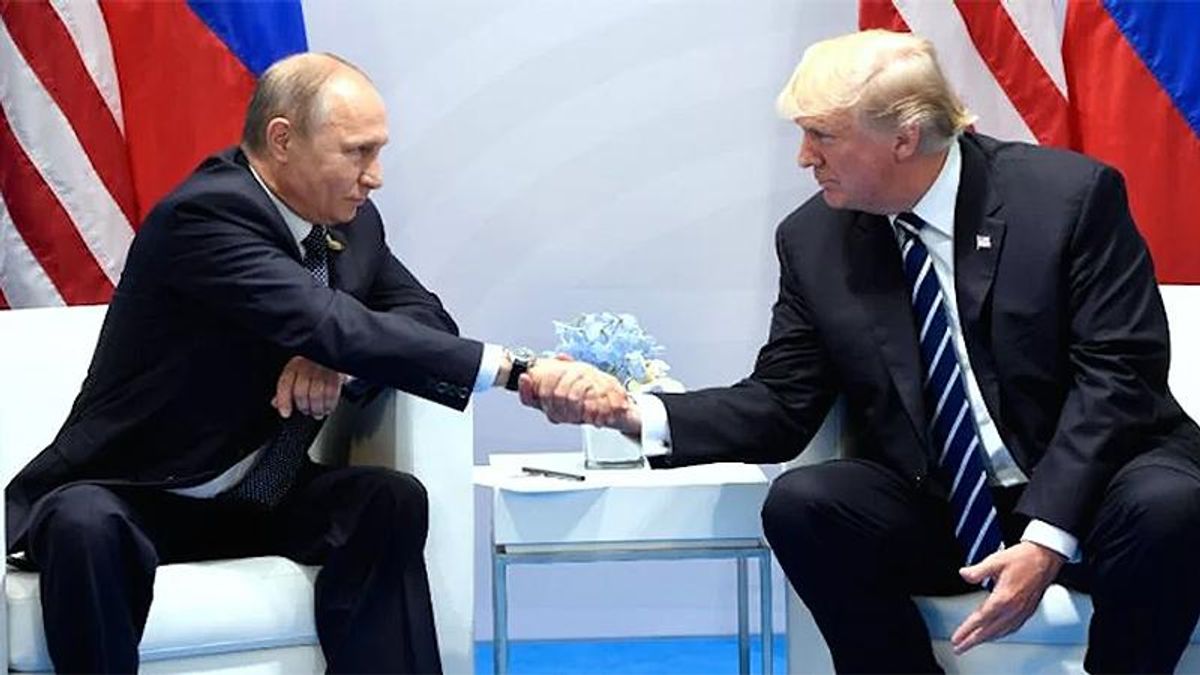 For the second time in his presidency, President Donald Trump isn't responding to an act of aggression from Russia. In fact, Trump is leaving office the same way he came into office: by ignoring Russia's attacks on America.

Speaking to MSNBC's Nicolle Wallace on "Deadline White House," Sen. Angus King (I-ME) explained that this has become standard operating procedure for the United States under the Trump administration and as a result, Russia knows that they can act against the American government without consequences as long as Trump is in office. That will change under President-elect Joe Biden, however.

King described the Russian threat as something that could actually be ongoing. At first, it appeared Russia hacked the Commerce and Treasury Departments. Days later it became clear the Department of Homeland Security was hacked as was the Department of Energy, which manages the nuclear stockpile. Now the government has revealed that over 40 U.S. agencies have been hacked by the Russians after spending billions to ensure it wouldn't happen again.

"For the past year and a half I've been working with a group of my colleagues and private sector and administration people on the cyber threat," King told Wallace "It was set up by the Congress two years ago called the National Cyberspace Solarium Commission and we've been working on this issue explicitly. The first advice is this is damn serious. The threat of a cyber attack or intrusion or cyber manipulation is very serious. It is the most serious external threat that we face right now."

He also said that the United States has to do a much better job defending ourselves. For the past several years of the Trump administration, the president has invested in things like tanks, ships, subs and other traditional military equipment. As former FBI counterintelligence deputy Frank Figliuzzi explained last week, money on those things and on Trump's wall was supposed to go to fund cybersecurity operations.

"As I said, one of the disturbing things about this is we didn't even detect it," King also noted. "For almost a year. The final piece, though, Nicolle, is very important: this kind of thing has been going on for years. China has done it. Russia has done it. There has been some indication that Iran has done it. The problem is, we're a cheap date. We don't respond. And as long as we don't respond and our adversaries don't have any fear of us, of consequences, of anything coming back on them, they're going to keep doing it. Why not? It is cheap."

After the first major hack, former President Barack Obama ushered in hefty sanctions against Russia. During Trump's transition, incoming national security adviser Lt. Gen. Michael Flynn (ret.) called Russia to let them know that the Obama sanctions would be relaxed and for Putin to merely hang on. When the FBI asked him about the call, he lied about it. When he was prosecuted for lying to the FBI, he pleaded guilty but was ultimately pardoned by Trump. He relaxed sanctions in 2018. The Senate attempted to stop it, but was unable to.

King explained that Putin could easily pay 8,000 hackers for the cost of one of the U.S. planes that Trump bragged about buying under his presidency.

"So, why wouldn't they keep doing this?" asked King. "I want someone in the Kremlin sitting at that table saying 'Boss, I don't know if we should do that because if we do they're going to whack us.' Right now they don't have that fear."