Trumpworld prays he won't mention QAnon conspiracy theory he will be 'reinstated' in August: report 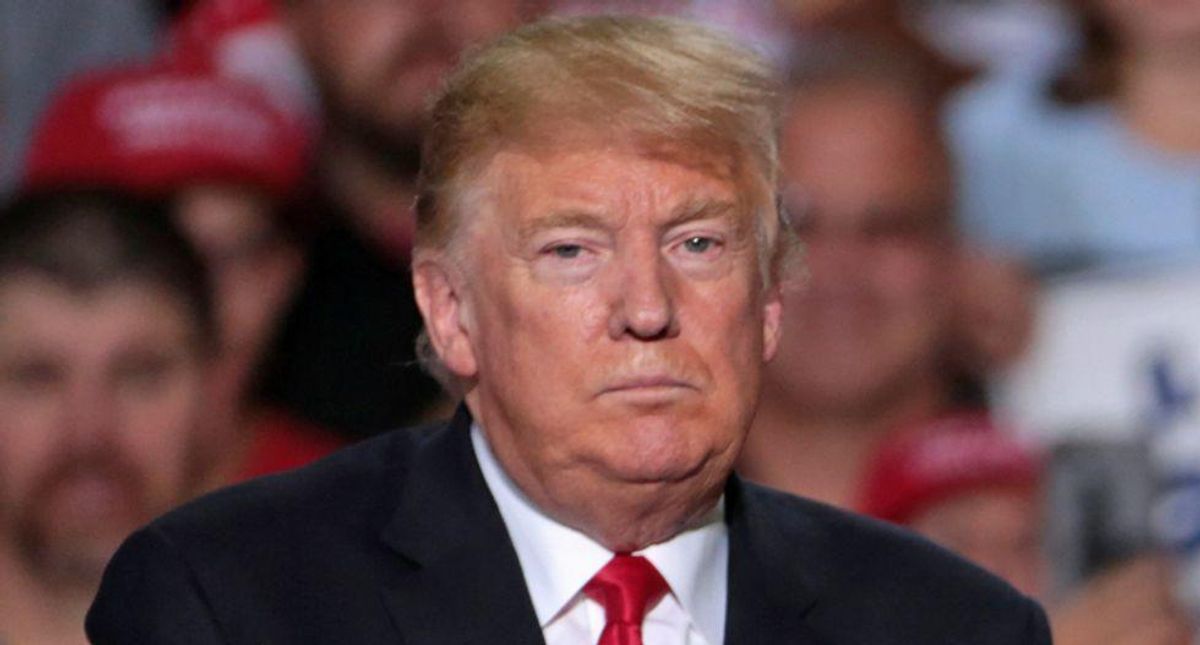 Donald Trump allies are dreading the backlash that will occur if the former president pushes the QAnon conspiracy theory that he will be reinstated in August.

The August reinstatement conspiracy theory has been derided as delusional because the United States Constitution does not provide a mechanism to reinstate the former reality TV actor. Although it only requires an elementary understanding of civics to know it is impossible, Trump reportedly fell for the conspiracy theory after talking with MyPillow CEO Mike Lindell.

"On Saturday evening, Donald Trump, the former president and current leader of the GOP, is scheduled to deliver another one of his red-meat-hurling, post-presidency speeches at the North Carolina Republican Party's annual convention. And there is one particular morsel that various Trump advisers and confidants are praying that the twice-impeached former president does not serve to his followers this weekend—or, ever. 'I conveyed something [to Trump] to the effect of, 'It would be a terrible idea to even say the word, 'August' [at Saturday's event],' said a person who is still in contact with the Republican ex-president," The Daily Beast reported Friday evening.

"In the time since New York Times reporter Maggie Haberman tweeted on Monday that 'Trump has been telling a number of people he's in contact with that he expects he will get reinstated by August,' several close allies of the former president have made a point of getting in touch with Trump to deliver a simple message, according to three sources familiar with the matter. The message: Whoever is trying to get in your ear to tell you that you could be 'reinstated' in the White House by August, or at any time during President Joe Biden's term in office, doesn't know what they're talking about, and repeating their deranged theories in public could be used against you by your enemies," The Beast's Asawin Suebsaeng reported.

The talk of reinstatement comes against the backdrop of former Trump National Security Advisor Michael Flynn suggesting a Myanmar-style coup.

"The idea that Trump would be 'reinstated' in a few weeks is the stuff of MAGA fan fiction—but that hasn't stopped Trump from privately entertaining the baseless August theory. He has claimed the theory is something that many 'highly respected' people have recently assured him is possible (once the nonexistent evidence of massive 2020 voter fraud is finally revealed), as The Daily Beast reported this week. The former president has refused to accept reality and admit that he legitimately lost the last U.S. presidential election, and has spearheaded the Republican Party's anti-democratic crusade that kicked into high gear in November and continues to this day," The Beast noted.

Trump has been telling a number of people he’s in contact with that he expects he will get reinstated by August (no… https://t.co/0gUGozPQQR
— Maggie Haberman (@Maggie Haberman) 1622551318.0