Trump begs for money for his plane after 'emergency landing'

Former President Donald Trump was flying from New Orleans back to Palm Beach when he was forced to make an emergency landing. Now, he's asking supporters to send him money.

In an email to supporters mere hours after the news broke on his travel issues, Trump was asking them to pay for Trump Force One.

"Do you remember Trump Force One?" the email asks. "Before becoming the greatest President of all time, I traveled the Country in my plane, known as Trump Force One. I have a very important update on my plane, but I need to trust that you won’t share it with anyone: my team is building a BRAND NEW Trump Force One."

According to the email, paid for by Save America JFC, the work on the plane has been "under wraps." He claims that the media doesn't know about it, which is false given the reports that he purchased a new engine for the plane and that it had to make an emergency landing last year in Nashville.

The plane Trump was flying on that had the emergency landing over the weekend wasn't his, it was owned by a trustee out of Utah, the Washington Post reported. Trump Force One was repaired in New York after Trump announced last May that he would bring it back. The emergency landing in Nashville was a short stop and it was then flown to Louisiana for other repairs. Trump isn't using it, however. 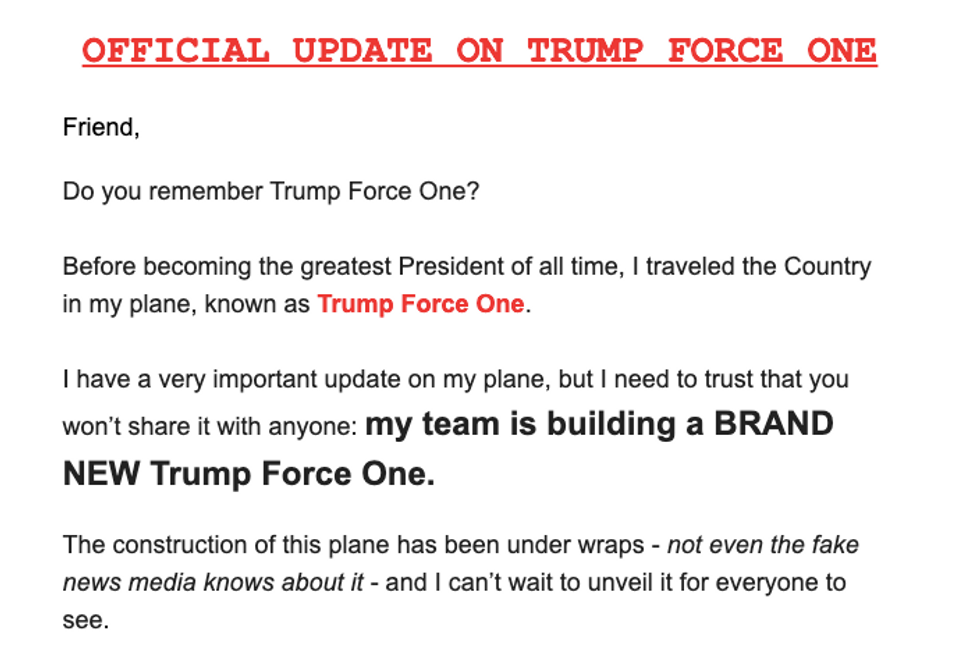 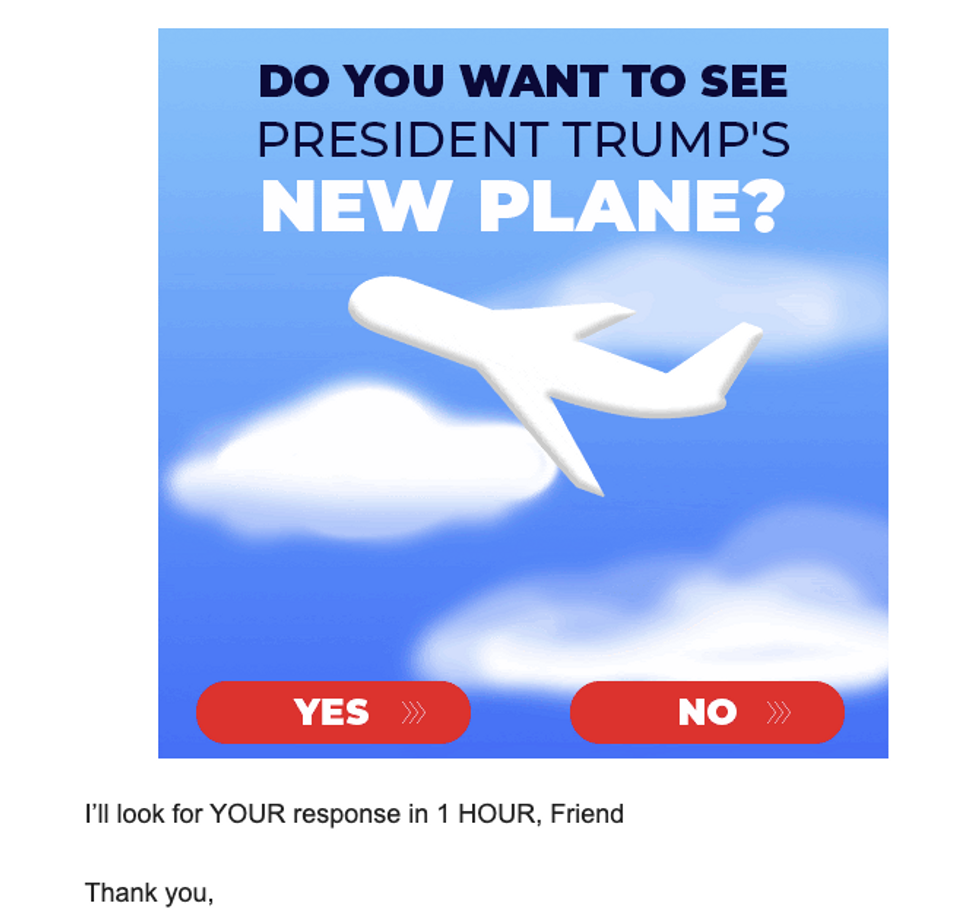