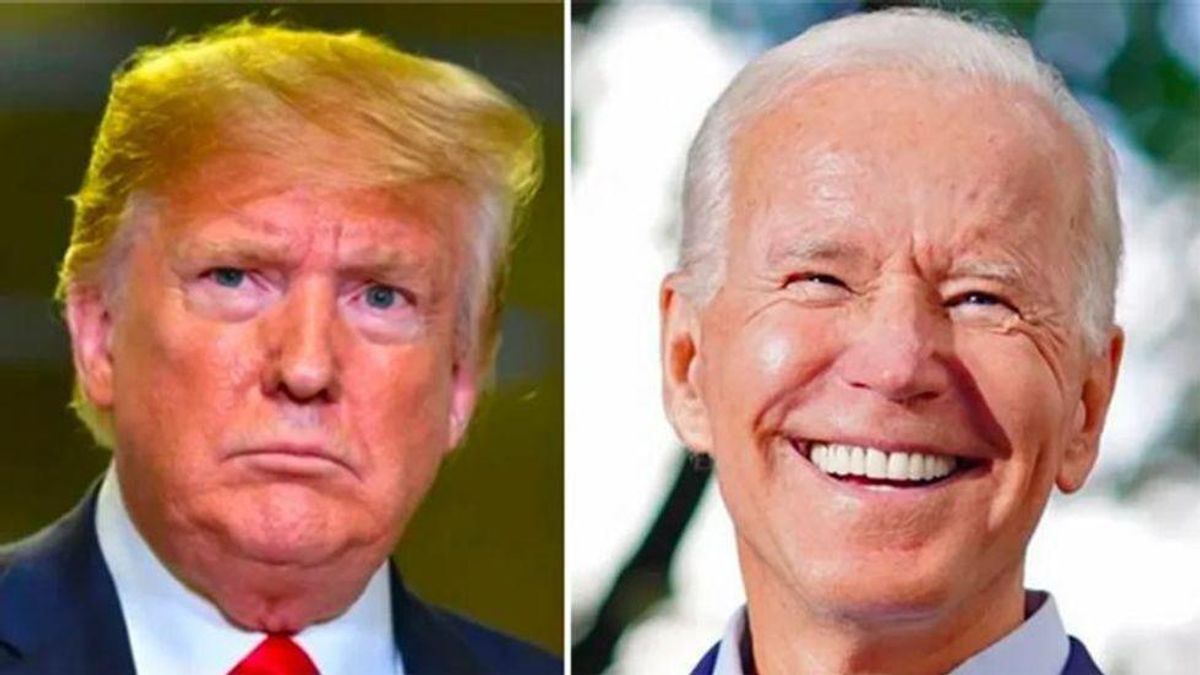 On Tuesday evening, progressive political group Meidas Touch ridiculed former President Donald Trump and his administration in a new ad after President Joe Biden took one step closer to fulfilling one of Trump's own signature promises that he never could achieve: passing a broad-based infrastructure bill.

The video focused on a long-running joke: that the Trump administration was declaring "Infrastructure Week" every week without actually doing anything about infrastructure — complete with clips of Trump officials Sean Spicer, Sarah Huckabee Sanders, Mike Pence, as well as Trump himself, using the phrase over and over again, and bookended with a sad trombone "Womp Womp." The ad then showed clips of Biden unveiling his infrastructure plan and getting it passed in the Senate.

Trump, for his part, was angered that the Senate was advancing an infrastructure proposal from Biden when he failed to get anything delivered during his own presidency. Reports show he unsuccessfully worked behind the scenes to try to stop Republicans voting for it, and publicly attacked Senate Minority Leader Mitch McConnell (R-KY) for helping to pass it.