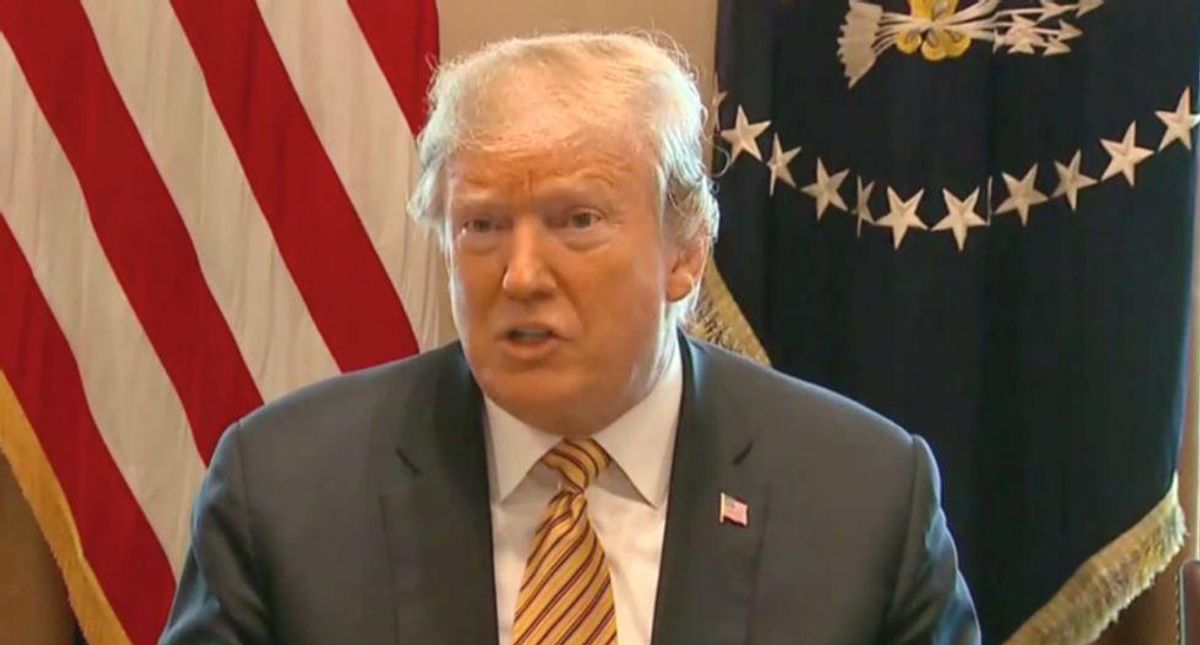 "The last time I told him there's not going to be any tax increases, and I'm of the opinion let's do a deal that's good for the roads, ports, and bridges -- let's do it," said Sen. Lindsay Graham (R-SC). "I appreciate the effort of everyone and I'm hoping we get there."

But Trump has made clear he won't support a bipartisan deal, and aides say he remains angry that he couldn't get a big bill passed while he was president.

Retiring Sen. Rob Portman (R-OH), who said Wednesday there's a agreement on the bill's broader outlines, and he asked the former president to get behind it, as well, but one GOP aide said Trump's behind-the-scenes efforts don't have much impact on negotiations.

"I don't think there's a lot there," said senior GOP aide. "It's not reverberating here. I don't think Rob Portman sees this and goes, 'Oh no, I have to give up.'"