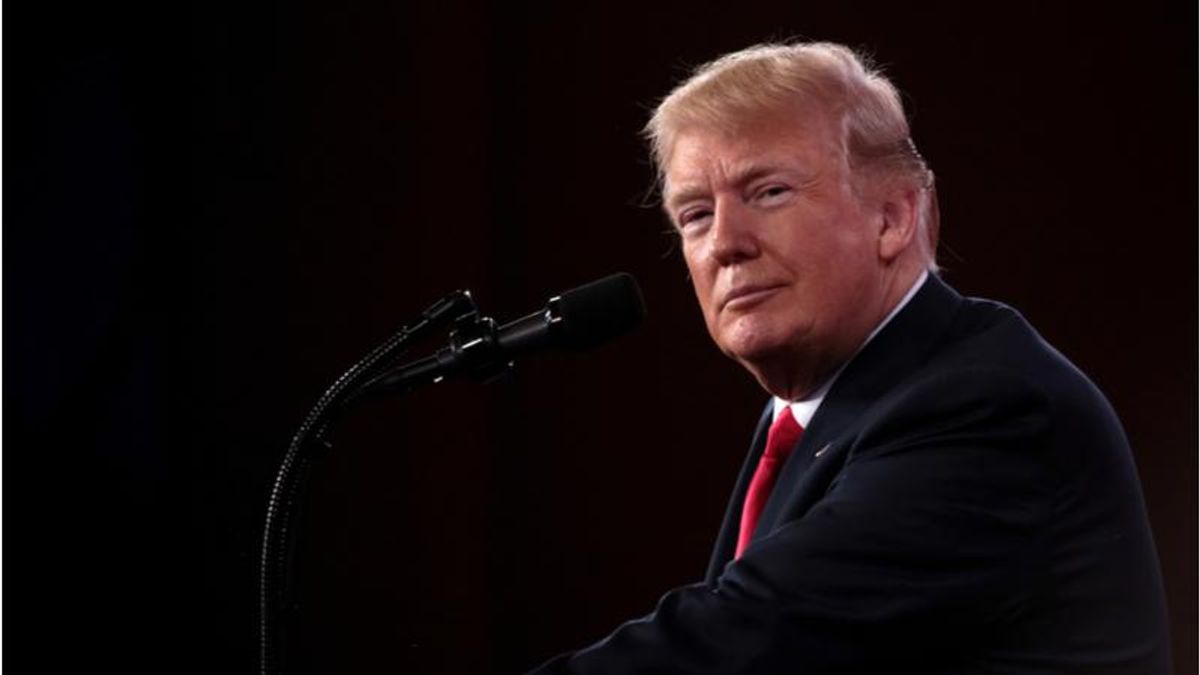 In a statement released this Monday, former President Donald Trump rehashed his election fraud conspiracy theories, declaring that supporters of his should go forward with the notion that the 2020 election was illegitimate -- by using language that was initially used to characterize his false claim.

"The Fraudulent Presidential Election of 2020 will be, from this day forth, known as the BIG LIE," Trump's statement read.

As Aaron Blake pointed out in the Washington Post earlier this year, "The Big Lie" is "Democrats' shorthand for Trump's baseless and overwhelmingly debunked effort to call the results of the 2020 election into question — a set of claims that led his supporters to take drastic action in storming the U.S. Capitol. House impeachment managers used the phrase, which evokes Adolf Hitler, about two-dozen times."

When Trump's statement hit Twitter, it was met by a huge collective eye-roll.

You know, I’m really starting to question my statement of Trump being a good brander. That being said, the fact h… https://t.co/sxRHaHaBfx
— Adam Bass (@Adam Bass)1620050182.0

How am I not surprised at his narcissism to the point where he appropriates the term big lie https://t.co/ADP4O2awqj
— Matt Boxer🇺🇸🥁 (@Matt Boxer🇺🇸🥁)1620050642.0