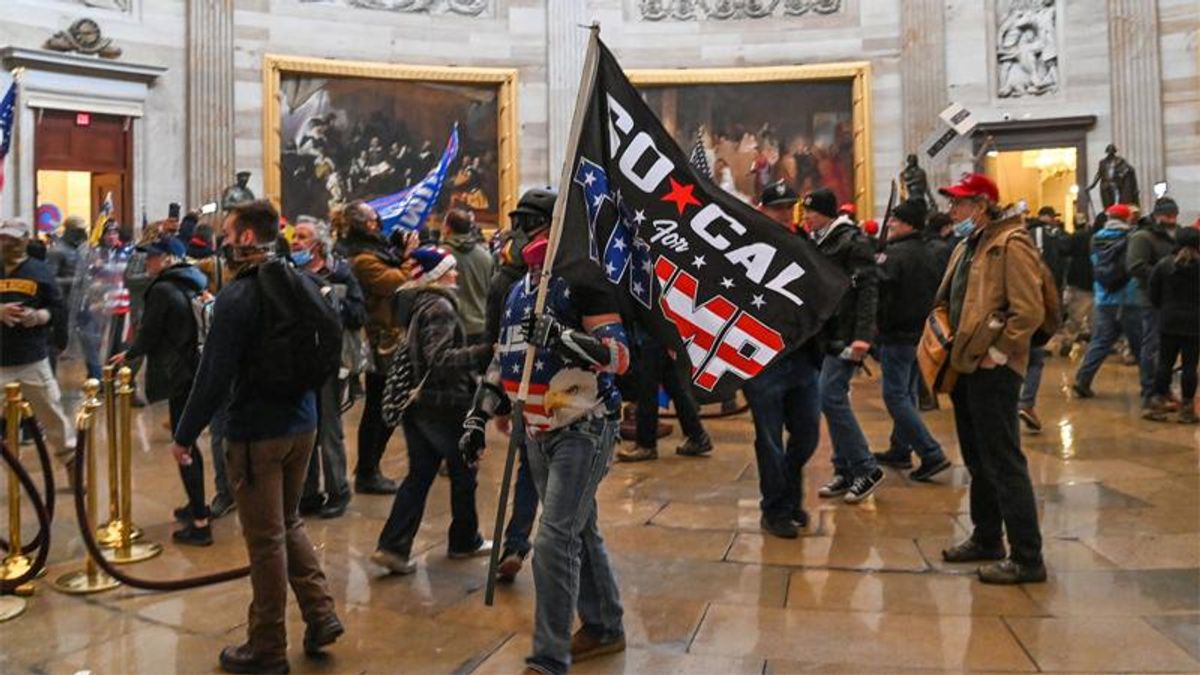 "Facing damning evidence in the deadly Capitol siege last month — including social media posts flaunting their actions — rioters are arguing in court they were following then-President Donald Trump's instructions on Jan. 6," reported Michael Kunzelman and Alanna Richer. "But the legal strategy has already been shot down by at least one judge and experts believe the argument is not likely to get anyone off the hook for the insurrection where five people died, including a police officer."

U.S. District Judge Beryl Howell swatted aside this argument from a member of the "Proud Boys" in Kansas City, saying, "This purported defense, if recognized, would undermine the rule of law because then, just like a king or a dictator, the president could dictate what's illegal and what isn't in this country. And that is not how we operate here."

Some of the Capitol rioters have expressed remorse and regret for trusting Trump's conspiracy theories about the election being stolen. One rioter known as the "QAnon Shaman" even volunteered to give testimony at the former president's impeachment trial.