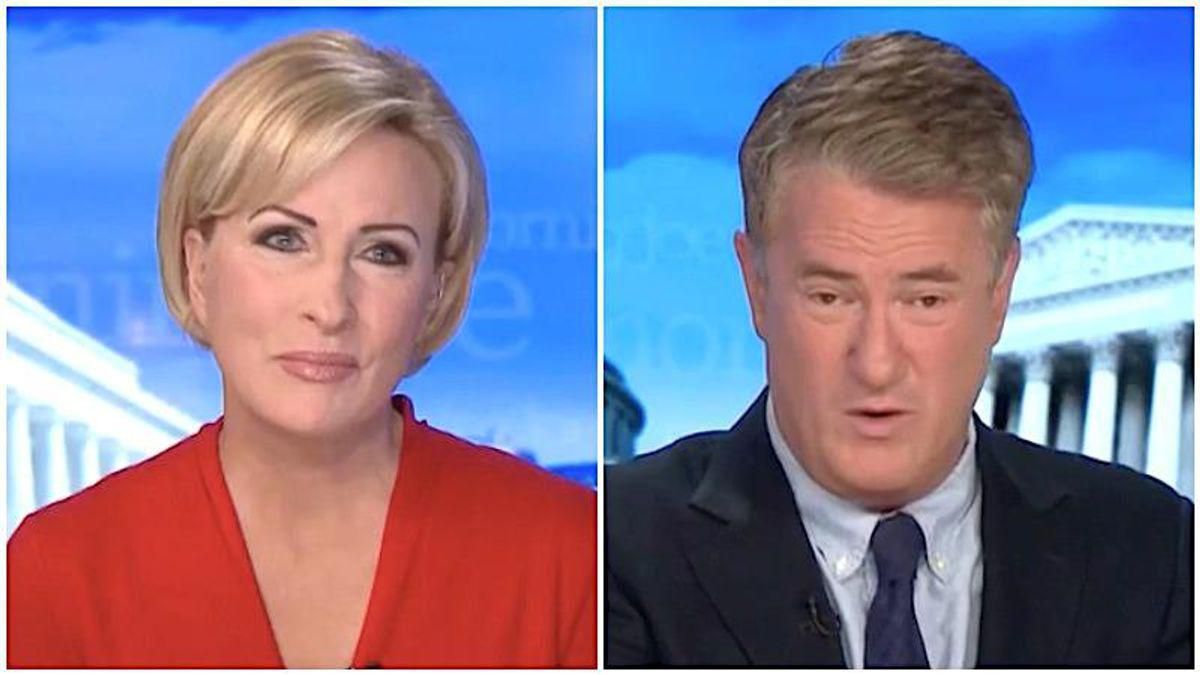 MSNBC " Morning Joe" hosts Joe Scarborough and Mika Brzezinski raked former president Donald Trump over the coals on Monday for comments he made about the Jan. 6th Capitol riot during a Fox News interview last week.

During his call-in to the conservative news network, the ex-president said of the rioters who sent lawmakers fleeing for their lives, "It was zero threat, right from the start, it was zero threat. Look, they went in, they shouldn't have done it. Some of them went in, and they are hugging and kissing the police and the guards, you know, they had great relationships. A lot of the people were waved in, and then they walked in and they walked out."

Those words set off the two MSNBC hosts.

"That's just shocking. what do you say to the families of those police officers who are dead?" Scarborough continued. "Who were beaten and abused by American flags? Had their head shoved in like a vise into doors? Like, how sick can you be, denying that and hating police officers so much, hating cops so much, that you're willing to say something like that?"

'You have Donald Trump saying this," he continued. "Basically throwing police officers under the bus, suggesting that they were never in danger, that they were treated wonderfully when we know the horrors that they had to endure. That many of them had to endure. But it's Donald Trump, it's [Sen.] Ron Johnson (R-WI), they're lying through their teeth and everybody knows they're lying through their teeth, and yet they continue to lie."