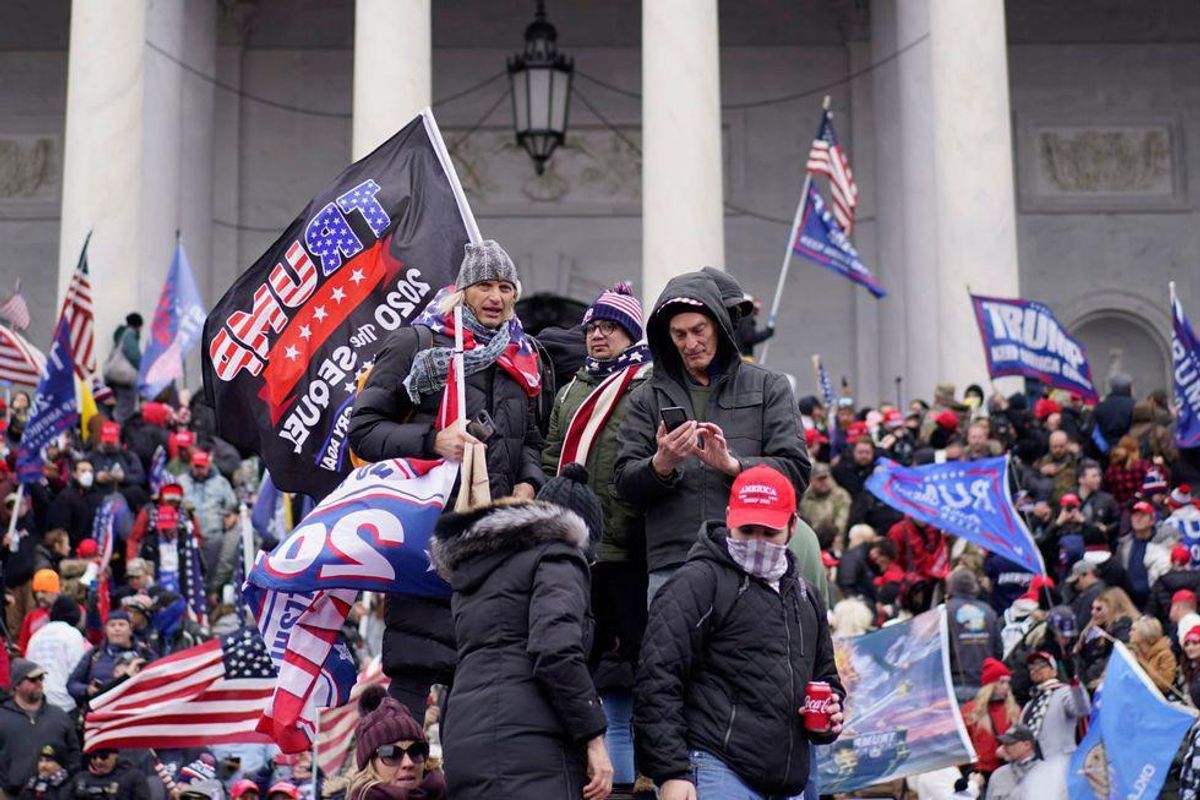 Carey Jon Walden of Kansas City was arrested today in connection with the January 6 Capitol riot, but only after an FBI interview that resembled a middle-schooler getting questioned by his teacher about a field trip.

Walden, identified by the FBI as an ex-Marine, was identified with the help of a tip to the bureau's online portal and a photo he had posted on his Facebook page. But what made this accused rioter stand out from the rest was his unusually forthcoming discussion with the FBI.

What was truly extraordinary was the FBI description of his response to being interviewed by an agent. The highlight was Walton's claim to have "fist-bumped and devil-horned" a friendly swat line.

Here, according to the FBI criminal complaint, is how it went:

"On February 3, the FBI interviewed Walden at his residence in Kansas City, Missouri. Walden admitted to the FBI that he was present at the U.S. Capitol on January 6, 2021, and that he went inside the Capitol Building that day through a broken window.

"Walden was shown a photocopy of the U.S. Capitol and asked to show where he went inside. Walden circled on the photocopy where he thinks he went into the US Capitol. He wrote on the back, 'That's where I think I was during protest.' Walden signed, dated, and placed his date of birth on the photocopy. Walden also forwarded three videos (and) four still photographs from his phone to the FBI (that he identified as coming) from his activities outside the Capitol.

"Walden was then shown two printed photos from Facebook titled Carey Jon Walden. Walden stated that the first picture was one he took and posted on Facebook prior to entering the U.S. Capitol thru a broken window. Walden confirmed also posting the second photo and then wrote on the front of the photocopy "This is from my Facebook, picture that I took."

"Walden was then asked to write in his own words his activities inside the U.S. Capitol on January 6, 2021, which he did.

"I, Carey J. Walden, climbed a wall into the Capitol building on 6 Jan 21, at approx 1:00pm to 1:30pm. I took pictures and videos of where I entered. I went into a broken window, which was already broken. I walked in a 15 SQ FT, area, witch there were police in a line guarding a passage way. I took pictures and video. I did not break anything. The police were present and I was not asked to leave. I fist bumped and 'Devil horned' the swat line. I left after about 5 minutes. I walked out after I heard that someone was shot. I was wearing blue jeans gray sweatshirt, blue respirator, red chiefs beanie. Had a backpack, with all of the belongings I have. I was not armed, nor had body armor. I am not a part of any hate groups. I went with a bus of Trump supports. I am a U.S Marine (inactive) veteran. These are my recollections of that day."

The FBI complaint against Walden also showed a screen capture of Walden's self-identified video shows a breathing apparatus he was wearing prior to making entry into the Capitol building. Walden faces charges of disorderly conduct and unlawful entry.

You can read the complaint here.
2020 Election SmartNews
Report typos and corrections to: corrections@rawstory.com.
#story_page_post-content_regular-site
READ COMMENTS - JOIN THE DISCUSSION