Trump praises ‘loving’ supporters who bludgeoned Capitol cops: ‘I wanted what they wanted’ 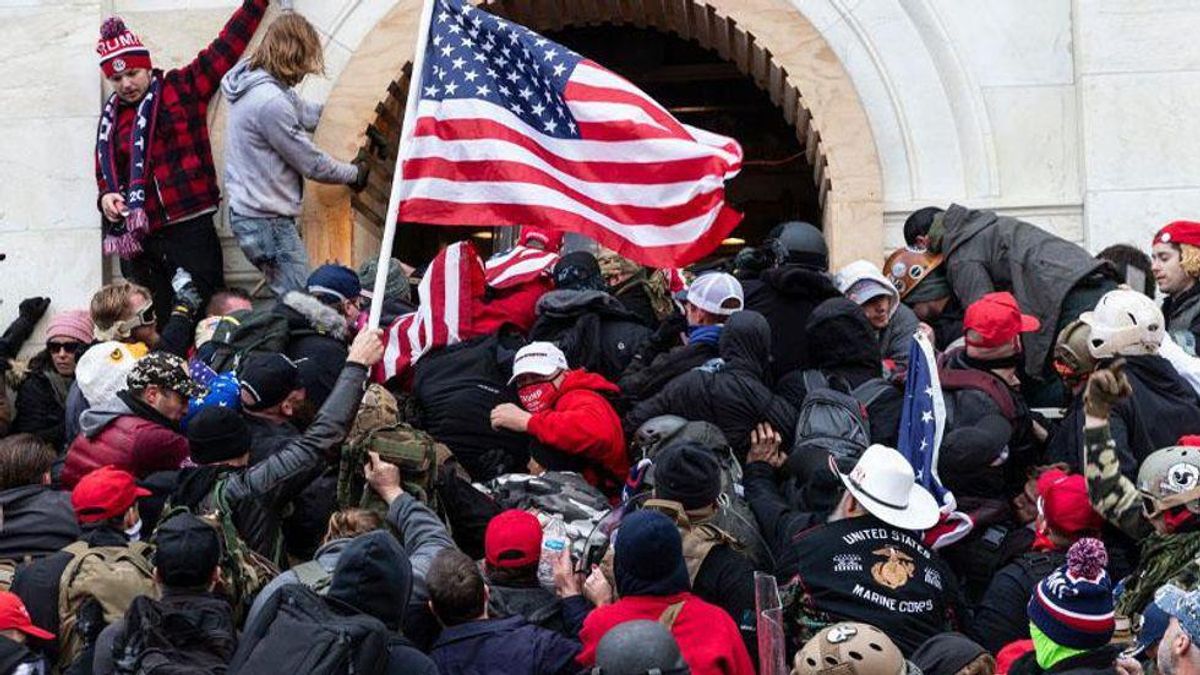 The twice-impeached one-term president sat down at Mar-A-Lago with Washington Post reporters Carol Leonnig and Philip Rucker for an interview as they reported their new book, "I Alone Can Fix It," and Vanity Fair shared some excerpts.

"There's never been a base that screams out, with thirty-five thousand people, 'We love you! We love you!'" Trump told the reporters. "That never happened to Ronald Reagan. It never happened to anybody. We have a base like no other. They're very angry. That's what happened in Washington on the sixth. They went down because of the election fraud. The one thing that nobody says is how many people were there, because if you look at that real crowd, the crowd for the speech, I'll bet you it was over a million people."

The journalists asked Trump what he had hoped to accomplish on Jan. 6, and he again focused on the crowd's size and defended their actions.

The mob attacked police officers with flag poles, chemical irritants and other weapons, and videos show the violent clashes that contributed to five deaths and left scores injured as Trump supporters stormed the building to pressure lawmakers to overturn his election loss.

"Personally, what I wanted is what they wanted," Trump said of the rioters. "They showed up just to show support because I happen to believe the election was rigged at a level like nothing has ever been rigged before. There's tremendous proof. There's tremendous proof. Statistically, it wasn't even possible that [Biden] won. Things such as, if you win Florida and Ohio and Iowa, there's never been a loss."

Trump told the pair that he hoped his supporters would show up outside the Capitol but not go inside, but he again claimed the rioters were, in fact, peaceful.