Trump is 'over the cuckoo's nest' and his latest delusions about 'loving' Capitol rioters prove it: CNN panel 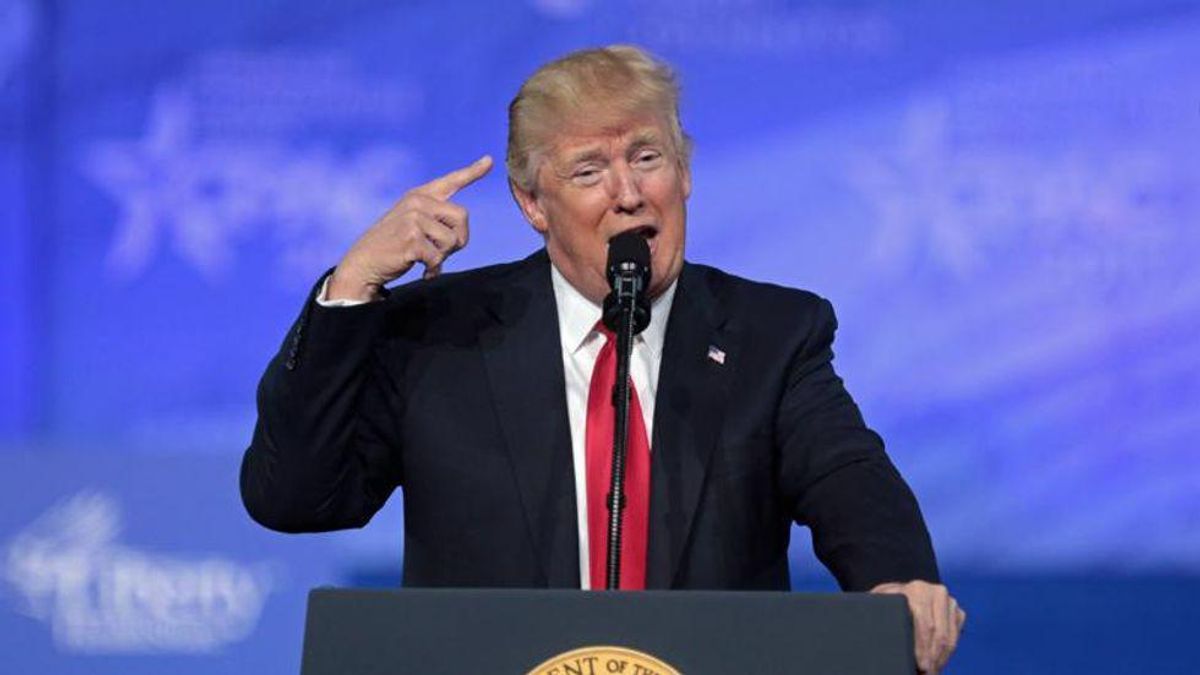 In particular, Love took issue with Trump's claim that the violent mob was "loving" and treated Capitol police officers well.

"Here is what I believe that the president has done," said Love. "He believes all of the things that he has said. He's literally convinced himself. He's never apologized to anyone for anything. And the fact that you are hearing that his daughter has to go and try to soothe him and get him involved in what was going on, we have to call what it was. It was one branch of government attacking another branch of government."

She then hammered Trump for telling Americans that they couldn't believe what they saw with their own eyes.

"We saw the video," she added. "It wasn't a loving video. It wasn't a loving crowd. Someone lost their life. The Capitol was destroyed. And you can't convince Americans that what they saw didn't actually happen. I don't know how he can convince himself of this."

"It's a disgrace, and I don't understand why some of these members are still associating themselves with the former president when he is over the cuckoo's nest like he has been with these comments," said anchor Jim Acosta. "It underscores why Democrats want to get to the bottom of what happened."