Trump is 'surrounding himself with kooks' who are convincing him a coup is feasible: CNN's Harwood 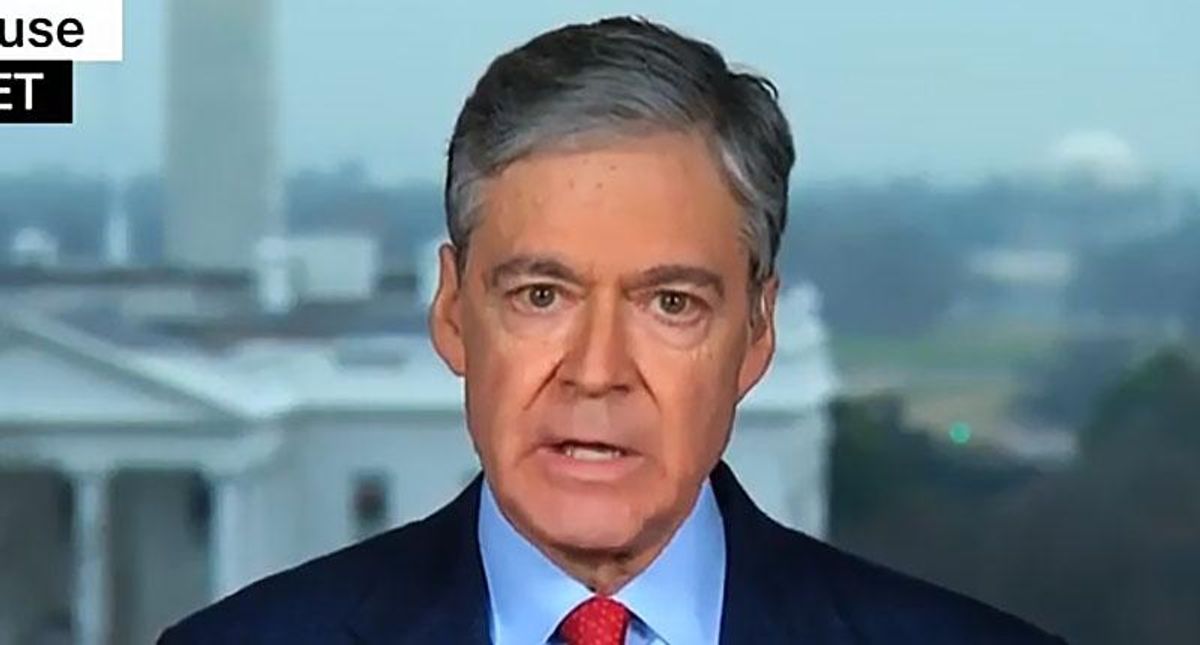 On CNN Monday, White House correspondent John Harwood tore into President Donald Trump in the wake of new reports that he discussed using the military to impound voting machines.

"A lot of people are making money off Donald Trump, making political careers off of Donald Trump, out of surfing in his wake, and trying not to get crosswise," said Harwood. "But it's inescapable at this point, and a difficult thing for Americans to deal with, but the guy who will be president for another 30 days who has control of the nuclear codes is a kook and surrounding himself with kooks, and it's dangerous."

"They're talking about crazy ideas and Republicans by and large, unlike Adam Kinzinger, are not standing up and calling him out, because they're too afraid for their own personal interests to do it," added Harwood. "The good news for the country is there's only 30 more days of this, but it's going to be a wild ride."