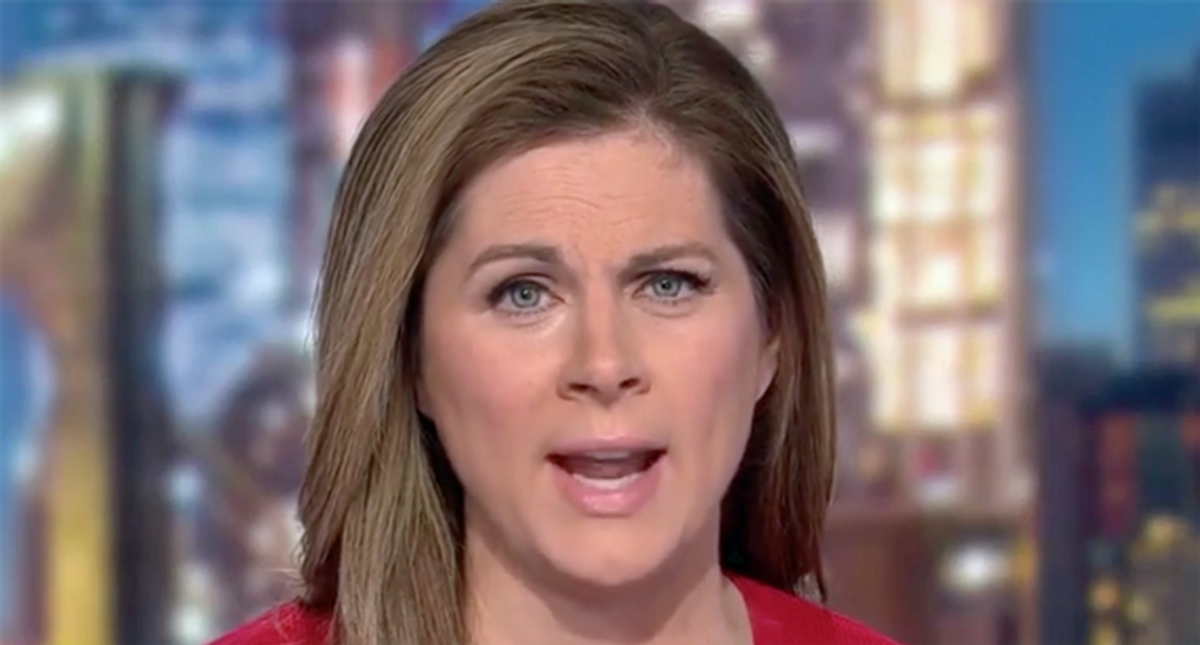 "December 28th. Jeffrey Clark, a Trump loyalist who works at the Justice Department, circulates a letter," said Burnett. "This calls on Georgia to convene a special legislative session to look into, quote, 'irregularities' in the 2020 election. The letter falsely claims that the DOJ identified, quote, 'Significant concerns that may have impacted the outcome of the election in multiple states, including the state of Georgia.' End quote. That is a complete lie. The Department of Justice had not identified that. It's a lie."

She then played audio of Trump asking Raffensperger to "find" 11,780 votes that would help him win the state.

"Okay," said Burnett. "And that was just one of 18 attempted calls to the secretary of state since Election Day!"

Erin Burnett walks through timeline of the Capitol attack www.youtube.com

At times during the last five or so years, some of us have been living in the future. Sometimes just a day or two, but at other times it has felt like a week or perhaps even a month. During rare moments of immense clarity, it's like being in a time warp, a year or two ahead of the rest of the world.

I'm talking about those of us, both with and without prominent public platforms, who have consistently sounded the alarm about Trumpism, American neofascism and the escalating crises to come. We were mostly ignored, and sometimes mocked and derided. The truth, one suspects, was too painful to accept for those Americans who for reasons of self-interest, cowardice, willful ignorance or indifference found it convenient to ignore our warnings.

With millions of people across the United States facing lapsed eviction moratoria, joblessness, and expired unemployment benefits as the coronavirus pandemic drags on, U.S. Rep. Cori Bush and Sen. Elizabeth Warren on Tuesday unveiled a bill to help keep renters in their homes.

The pair led dozens of lawmakers in introducing the Keeping Renters Safe Act of 2021 (pdf), which would clarify that the head of the Department of Health and Human Services (HHS) has the statutory authority to implement an eviction moratorium in the interest of public health, and call on him to do so in response to the current emergency.