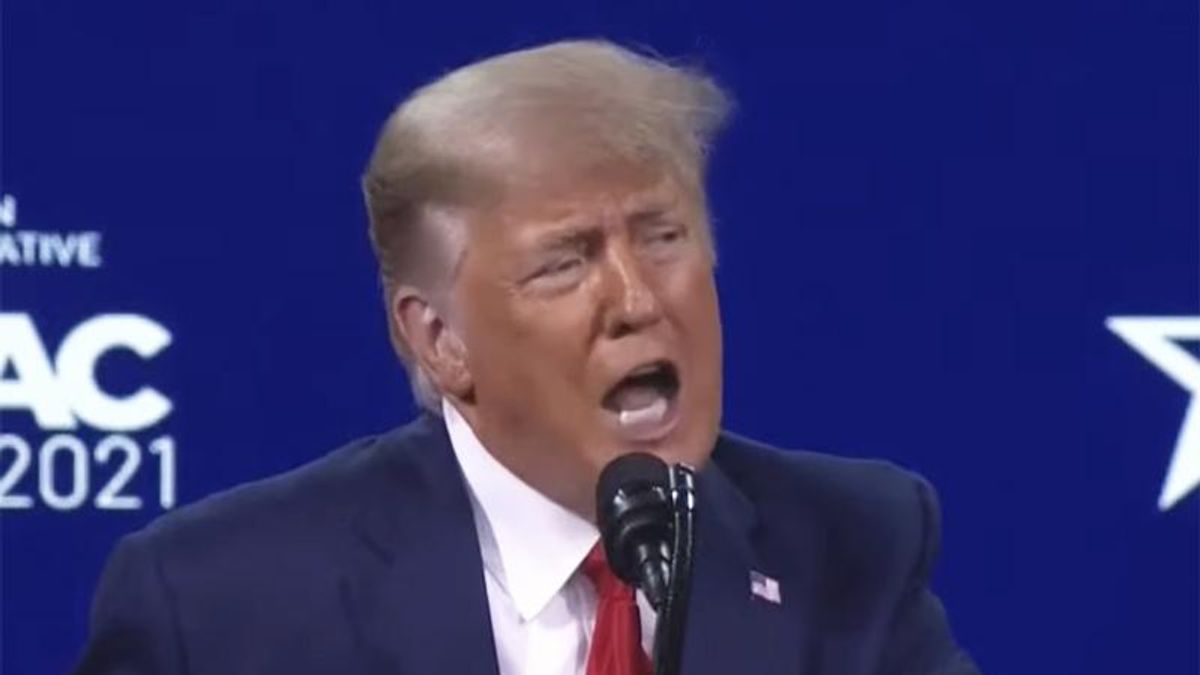 According to a report from Politico's Playbook, the fears of some Republican Party lawmakers came true on Sunday when former President Donald Trump once again asserted that the 2020 presidential election was stolen from him while giving an hour and a half-long speech at CPAC.

Prior to the annual conservative conference that was moved to Florida this year due to more relaxed COVID-19 protocols under Gov. Ron DeSantis (R), two Republican senators cautioned Trump to avoid bringing up the election with Sen. Lindsey Graham (R-SC) saying, "That would be a big mistake."

Sen. Shelley Moore Capito (R-WV) chimed in with, "The election is over, and losses are tough. I think the healing part of the nation is unity that the President could serve the nation better by accepting that fact," CNN reported.

Nonetheless, the president did bring up his loss in his speech, at one time telling cheering attendees "I may decide to beat them for a third time," after claiming he beat Democrats already in 2016 and 2020.

He then added, "We can never let this or other abuses of the 2020 election be repeated or happen again. We need election integrity and election reform immediately. Republicans should be the party of honest elections."

According to Politico's Playbook, those comments were not well received, with the report stating, "Republicans in Washington let out a collective groan," before adding, "It puts them [Republican] right back in the position of rebuking Trump or looking spineless. Not to mention they think the stolen election claim hurts GOP turnout and is a big reason the party lost in Georgia."

The report goes on to note that Trump likely created more headaches for House Minority Leader Kevin McCarthy when he attacked Republican members -- including Reps. Liz Cheney (WY) and Adam Kinzinger (IL) -- for voting for his impeachment and told the crowd "get rid of them."

You can watch the former president's entire speech below: