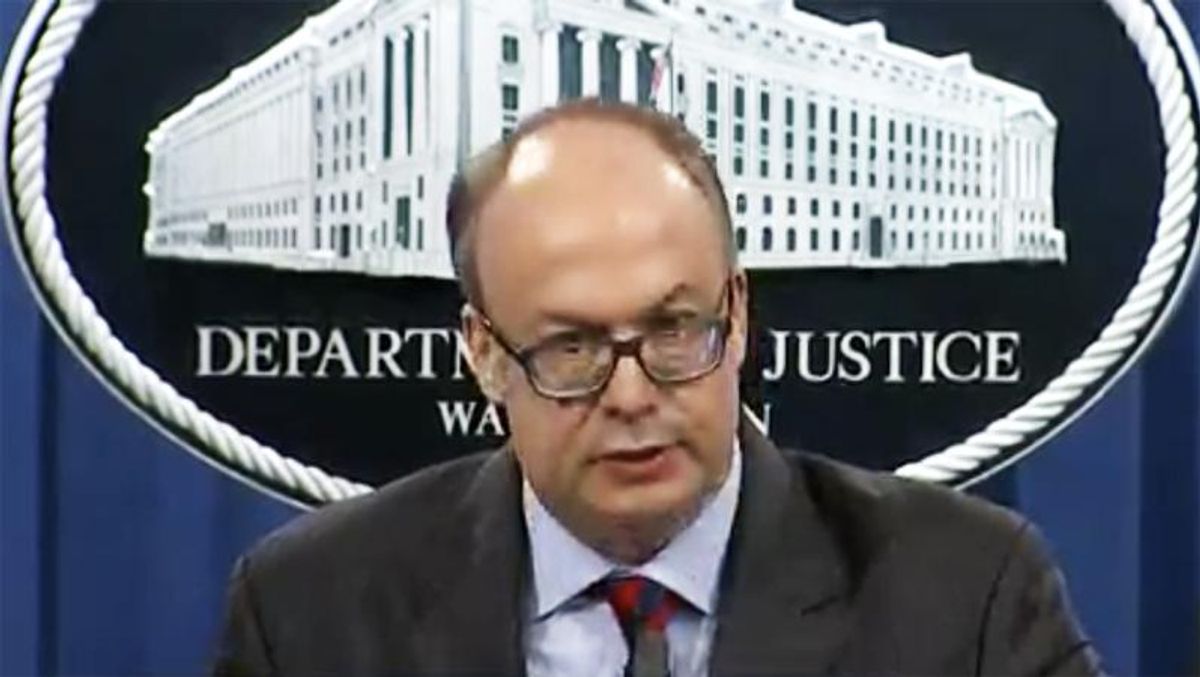 Appearing on MSNBC on Sunday afternoon, former federal prosecutor Barbara McQuade claimed that former DOJ official Jeffrey Clark should be very concerned with being indicted for criminal conspiracy based upon a letter he wrote at Donald Trump's request that sought to overturn the 2020 presidential vote count in Georgia among other states.

Speaking with host Yasmin Vossoughian, the animated McQuade said the letter -- revealed in a bombshell report by the Washington Post -- is damning evidence that Clark knowingly was participating in a criminal enterprise.

"So President Trump was urging the leadership of the justice department like Jeffrey Rosen and his deputy Clark, and they wouldn't play ball," McQuade explained. "Donald Trump did find a willing participant in the assistant attorney general for the Civil Division, Jeffrey Clark, and the public reporting is that Clark met privately with President Trump; completely forbidden under the department policies. communications are to be done in a formal way."

"The idea that the president is talking with an underling, planning a strategy is, alone, is highly irregular," she added. "Then we have seen this letter he drafted for the signature of the acting attorney general to send out to all the states, including Georgia, where the elections were close. This is so far out of the lane of the Justice Department -- providing legal advice to states about how they could engineer a different result in their state."

"He [Clark] laid out that road map for them," she continued. "So I think Jeffrey Clark and anyone else involved should be concerned with conspiracy charges."