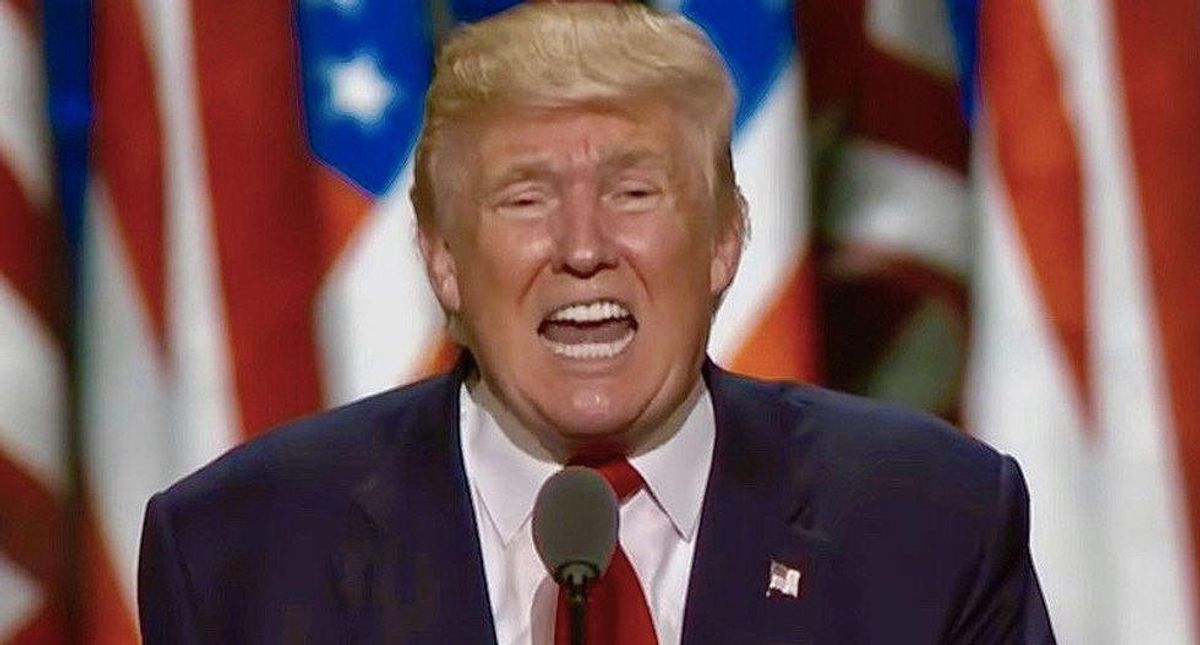 An angry Donald Trump screams during one of his speeches (Photo: Screen capture)

"The Department of Justice is investigating various irregularities in the 2020 election for President of the United States," Clark's draft letter said. "The Department will update you as we are able on investigatory progress, but at this time we have identified significant concerns that may have impacted the outcome of the election in multiple States, including the State of Georgia."

Nonetheless, the proposed letter is bound to draw scrutiny from congressional investigators, especially because it came after former Attorney General Bill Barr admitted that the DOJ had found no evidence of widespread voter fraud.

"There is no chance that I would sign this letter or anything remotely like this," Donoghue wrote back in Clark in response to his proposed letter. "While it maybe true that the Department 'is investigating various irregularities in the 2020 election for President' (something we typically would not state publicly) the investigations that I am aware of relate to suspicions of misconduct that are of such a small scale that they simply would not impact the outcome of the Presidential Election."