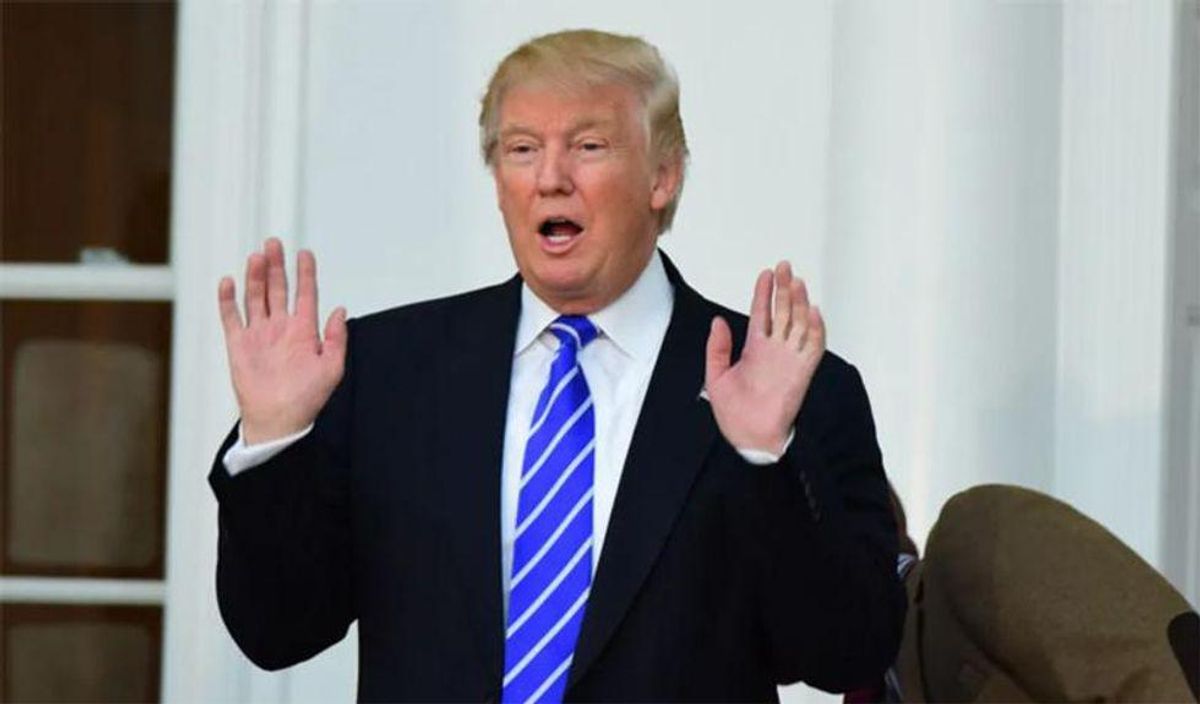 Two Washington, DC insiders on Friday made a strong argument that Donald Trump needs to be investigated for crimes committed while he was attempting to overturn the results of the 2020 election.

"We believe that the full scope of Trump's conduct must be investigated by federal authorities, for the same reasons and in the same way they usually investigate credible evidence of major wrongdoing," they wrote. "We take exception to those who say there is 'little reason' to open an investigation. Trump's statements like 'I just want to find 11,780 votes' (made to the Georgia Secretary of State Brad Raffensperger) and 'just say the election was corrupt and leave the rest to me' (made to Trump's own acting attorney general) suggest Trump knew that he had lost and was openly procuring fraud."

The two dismantled those trying to defend Trump's "Big Lie" about election fraud.

"There was no reasonable basis for him or anyone to genuinely believe he had won. Any notion that Trump was articulating an honest but misguided belief is belied by his long record of lies. And claims that the criminal statutes for election fraud and related offenses don't fit here are wrong. The Justice Department regularly prosecutes public officials for asking election officials to do things like 'adding ballots to increase the vote totals for certain candidates,' which is what Trump allegedly asked for here," they explained.

The two went on to praise Attorney General Merrick Garland and explained why there may be an investigation underway.

"The decision on whether to prosecute Trump federally is in good hands with the attorney general and his professional staff. Their rigorous review process, along with Garland's long record of making sober judgments under the law, separate from politics and parochial concerns, can be trusted to redeem the national interest and secure public trust," Ayer and Eisen wrote.

Should Trump's post-election behavior be federally investigated? Of course it should be! In our new @CNNOpinion… https://t.co/eiZTurLdSr
— Norm Eisen (@Norm Eisen) 1629500882.0