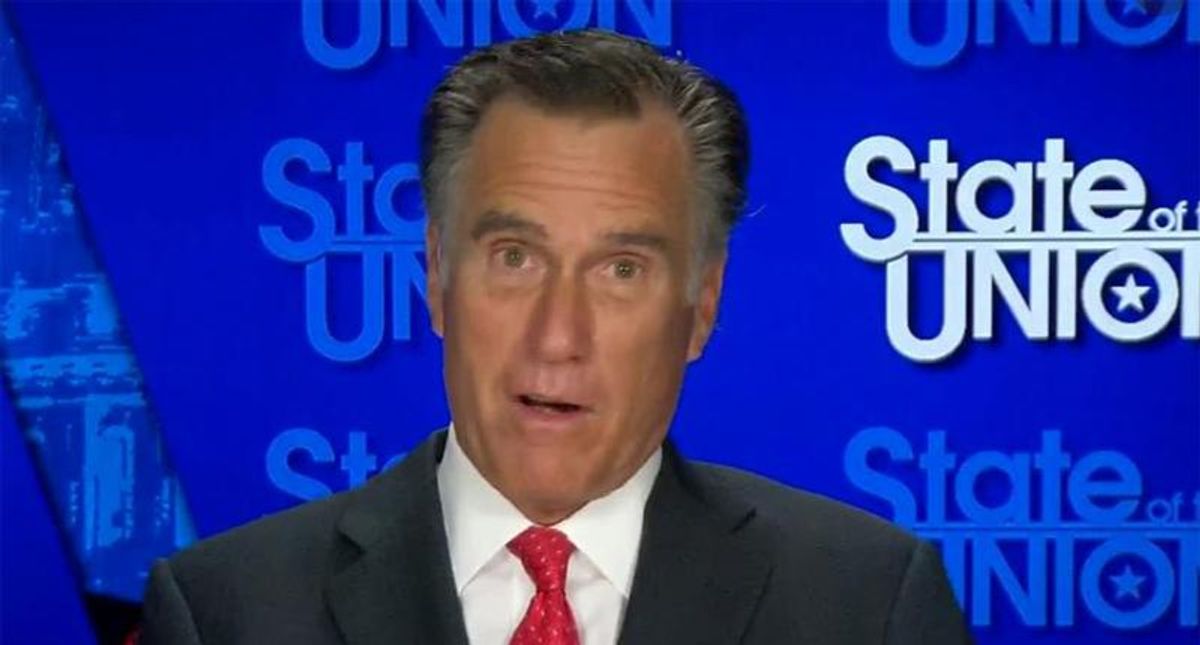 Mitt Romney on "State of the Union" -- CNN screenshot

Appearing on CNN's "State of the Union," Sen. Mitt Romney (R-UT) slammed Donald Trump over his efforts to overturn the 2020 presidential election results, calling the president's efforts "sad" and "embarrassing."

Speaking with host Jake Tapper, the Republican senator said there was no way that President-elect Joe Biden won't move into the Oval Office after January 20th and that Trump needs to face reality.

With host Tapper calling Trump's consideration of declaring martial law "deranged," Romney weighed in on what the future holds.

"It's not going to happen, that's going nowhere," Romney replied. "And I understand the president is casting about, trying to find a different result than the one that was delivered by the American people."

"It's really sad in a lot of respects and embarrassing," he continued before adding, "The President could, right now, be writing the last chapter of this administration with a victory lap with regards to the vaccine."

You can watch here: