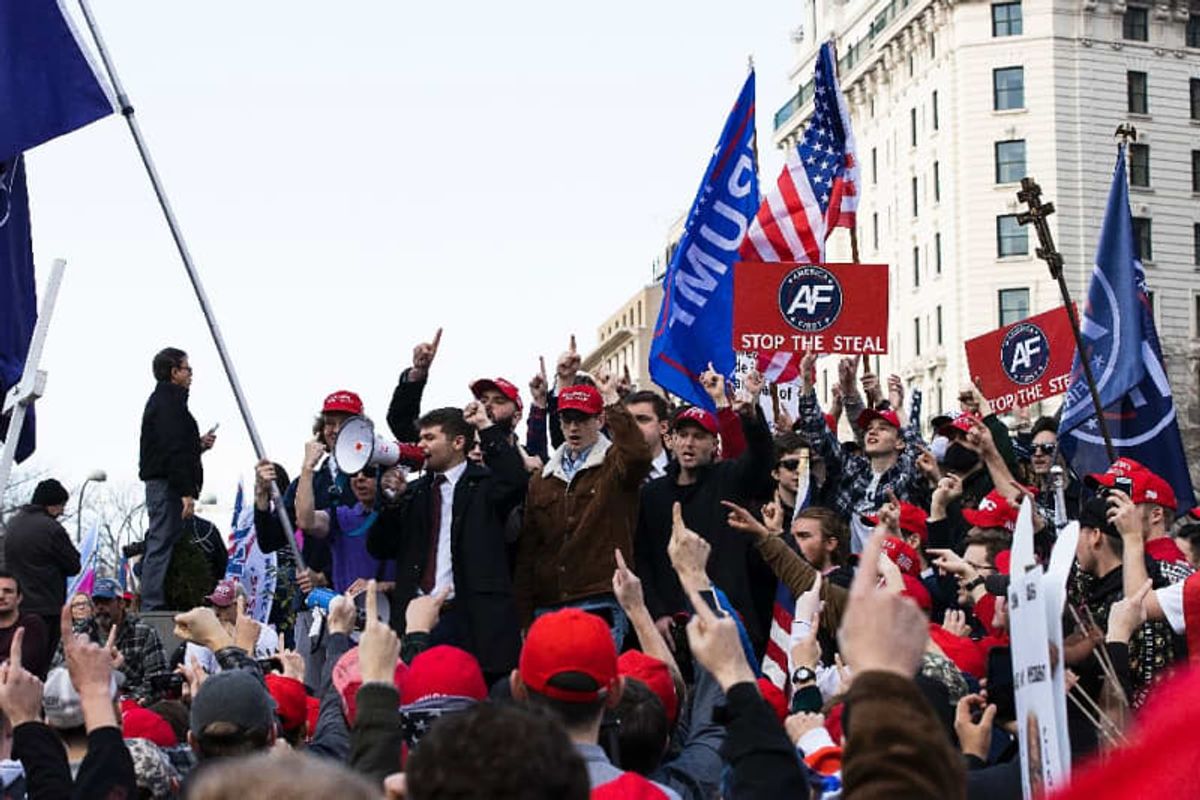 President Donald Trump announced to his followers that the protest he's planning for Jan. 6 will take place at 11 a.m. but he doesn't have a location just yet.

Trump's biggest challenge may be in getting a permit for such an event. Washington, D.C. experienced an uptick in COVID-19 cases after the Proud Boys rally and reintroduced lockdowns. So, Trump would have to hold his event on federal grounds where he could pressure the National Parks Service.

Trump returned to Washington from Mar-a-Lago early in anticipation of the protest. It meant that he left before his infamous New Year's Eve Party where wealthy Palm Beach residents can shake hands with the president and his family. While Donald Trump Jr., Eric Trump, Tiffany Trump and Kimberly Guilfoyle were in attendance, CNN reported that most guests left to join Rudy Giuliani and Vanilla Ice at another event instead.