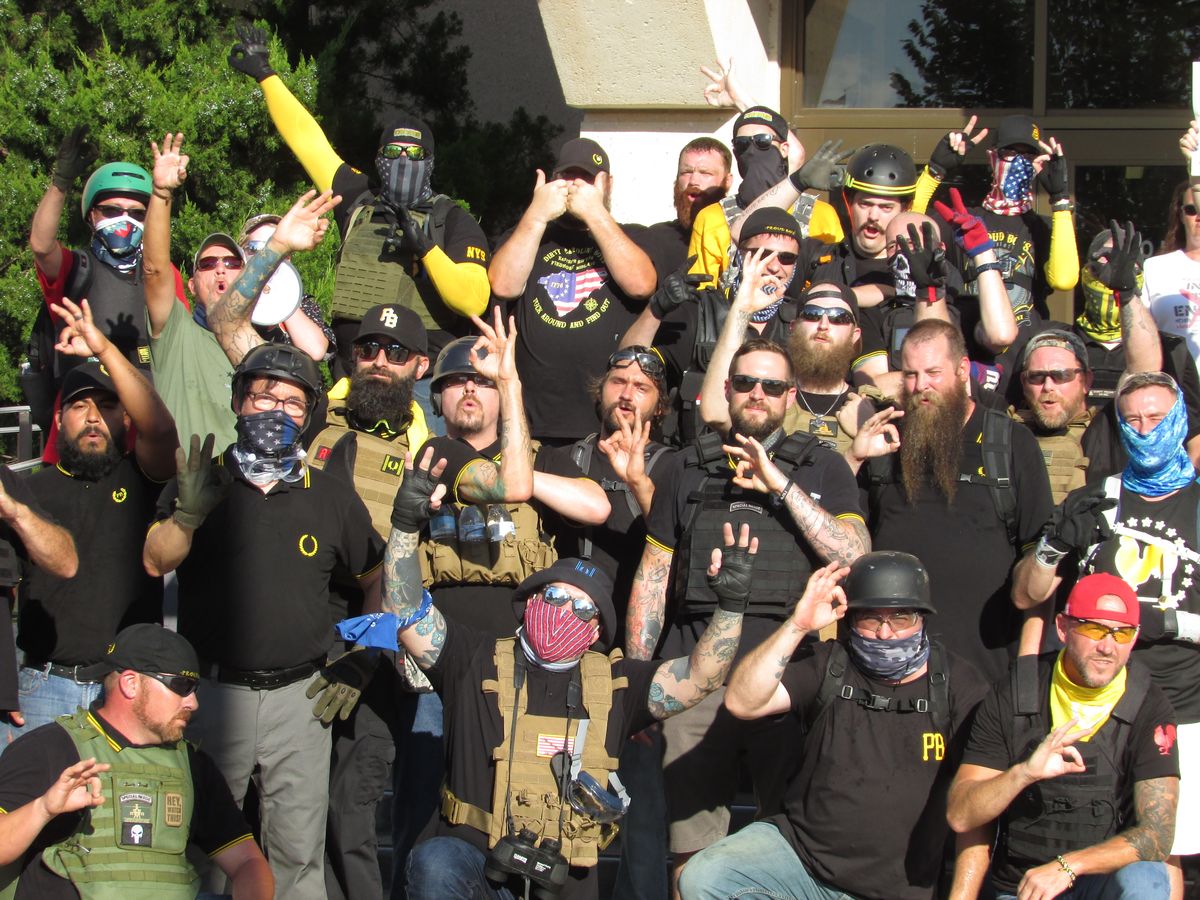 The New York Times on Monday reported on the "potent mix of grievance and religious fervor has turbocharged the support among Trump loyalists, many of whom describe themselves as participants in a kind of holy war."

The article by Elizabeth Dias and Ruth Graham was titled, "How White Evangelical Christians Fused With Trump Extremism" and examined the insurrectionist zeal animated supporters of the president at the end of his term in office.

"Before self-proclaimed members of the far-right group the Proud Boys marched toward the U.S. Capitol on Wednesday, they stopped to kneel in the street and prayed in the name of Jesus. The group, whose participants have espoused misogynistic and anti-immigrant views, prayed for God to bring 'reformation and revival.' They gave thanks for 'the wonderful nation we've all been blessed to be in.' They asked God for the restoration of their 'value systems,' and for the 'courage and strength to both represent you and represent our culture well.' And they invoked the divine protection for what was to come," the newspaper reported.

"The presence of Christian rituals, symbols and language was unmistakable on Wednesday in Washington. There was a mock campaign banner, 'Jesus 2020,' in blue and red; an 'Armor of God' patch on a man's fatigues; a white cross declaring 'Trump won' in all capitals. All of this was interspersed with allusions to QAnon conspiracy theories, Confederate flags and anti-Semitic T-shirts," The Times reported. "The blend of cultural references, and the people who brought them, made clear a phenomenon that has been brewing for years now: that the most extreme corners of support for Mr. Trump have become inextricable from some parts of white evangelical power in America. Rather than completely separate strands of support, these groups have become increasingly blended together."

"This potent mix of grievance and religious fervor has turbocharged the support among a wide swath of Trump loyalists, many of whom describe themselves as participants in a kind of holy war, according to interviews. And many, who are swimming in falsehoods about the presidential election and now the riot itself, said the aftermath of Wednesday's event has only fueled a deeper sense of victimhood and being misunderstood," the newspaper noted.

The Times quoted Lindsay French, 40, who flew from Texas for Wednesday's insurrection after her pastor instructed congregants to "stop the steal."

"We are fighting good versus evil, dark versus light," she argued. "We are tired of being made out to be these horrible people."