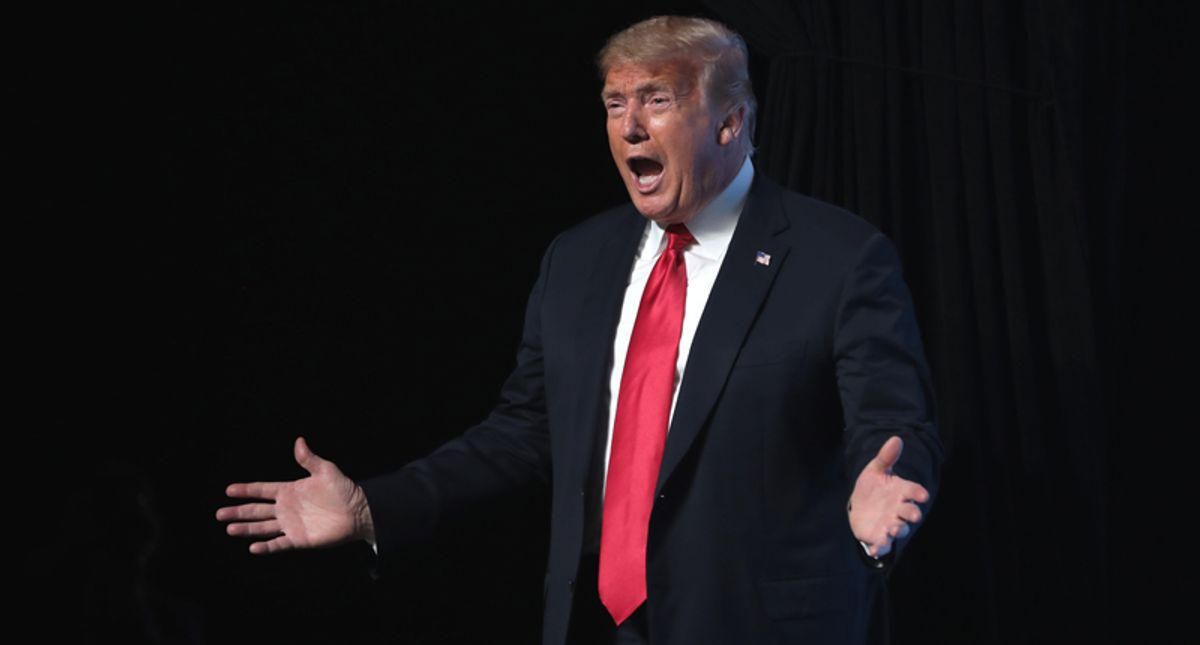 Just as Republicans are using Trump's "Big Lie" about election fraud to rationalize voter suppression, Trump now appears to be using it to rationalize fleecing his supporters.

"In yet another highly partisan story, the failing New York Times wrote a completely misleading, one-sided attack piece this weekend that tried to disparage our record-setting grassroots fundraising operation during the 2020 campaign. Except for massive voter fraud, this was a campaign that was easily won by your favorite Republican President, me!" Trump falsely claimed in a statement released by his Political Action Committee.

"Our support in 2020 was so big—never before seen (received more votes than any sitting President in history, by far), that it has become a major threat to the Democrat Party, which explains why the New York Times immediately rushed to defend their Radical Left allies," Trump bizarrely argued after losing by 7,052,770 votes.

Despite Trump facing legal consequence for his fundraising practices, the former reality TV star claims the practices were legal.

"Our fundraising efforts, working together with the Republican party, were all done legally, and all with the goal of ensuring that my Administration could continue to Make America Great Again. The Election on the other hand, was massively rigged and stolen—and now look what is happening to our Country, and in particular at our southern border," Trump said, again repeating his "Big Lie."

In a video posted to Twitter by @crazykarens, an unidentified white woman accused one of her Black neighbors of "dealing drugs" as she was in the process of delivering hair care products to a customer waiting in the car -- who filmed the whole exchange.