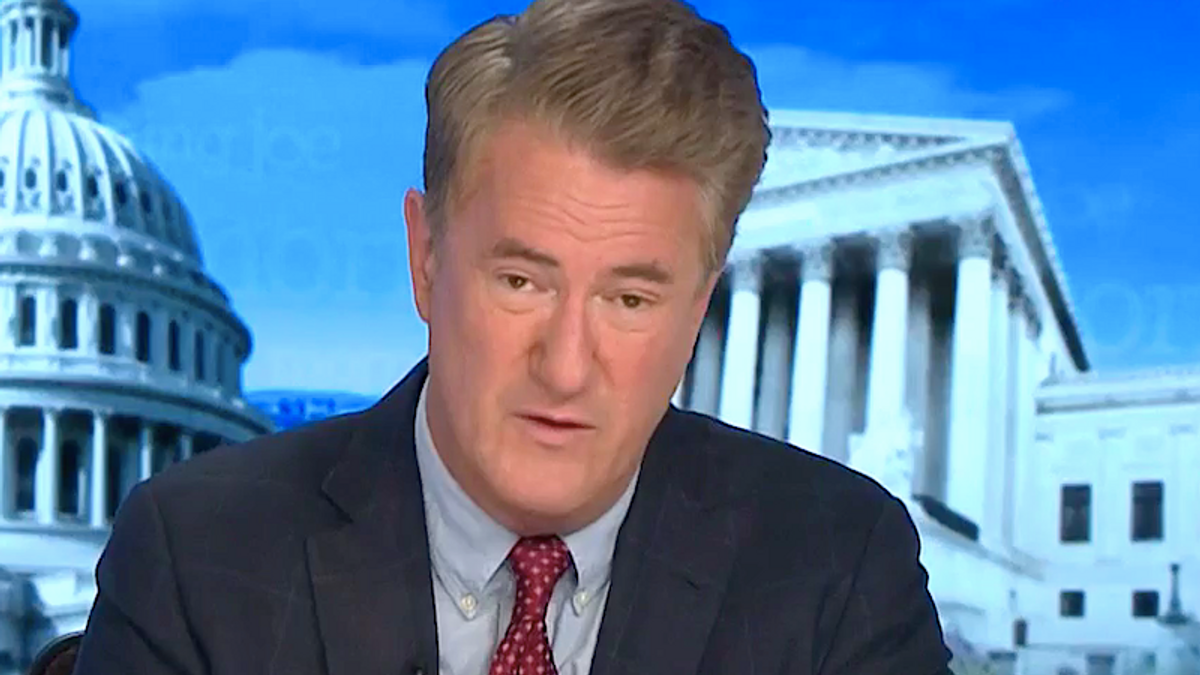 MSNBC "Morning Joe" host Joe Scarborough laughed at Republican officials and donors who flocked to Mar-a-Lago over the weekend to be with Donald Trump, saying they are propping up a man who is currently "looting" their party.

Noting that the biggest news coming out of the RNC-sponsored event in Florida was Trump lashing out at the Republican leadership -- with the ex-president calling Senate Minority Leader Mitch McConnell a "dumb son of a bitch" -- Scarborough said they were fools if they don't walk away from him.

Of particular note, Scarborough pointed out that Trump made conservatives at the meet-up, in the words of one attendee, "uncomfortable" which made the MSNBC host laugh and co-host Mika Brzezinski sarcastically exclaim, "You're now uncomfortable?"

"I love the quote that somebody had there, like, 'why are you here after all of this?'" Scarborough stated. "And she said, 'well, because we were losers before Donald Trump came along -- he showed us how to win.' Oh! You have the first guy since Hebert Hoover ... that the only one-term president since Herbert Hoover to lose the White House, to lose the House, and to lose the Senate."

"And now you're looting the Republican National Committee's coffers and giving it to this guy, which is not going to help the Republican Party," he continued. "This guy who, you know, just last week, we found out about a scam that he was conducting, where poor working-class Americans, middle-class Americans had their bank accounts drained, because they had such sleazy tactics, used purposefully sleazy tactics to fool working-class Americans into having their bank accounts drained for Donald Trump. Wow, that's -- that's somebody to support."