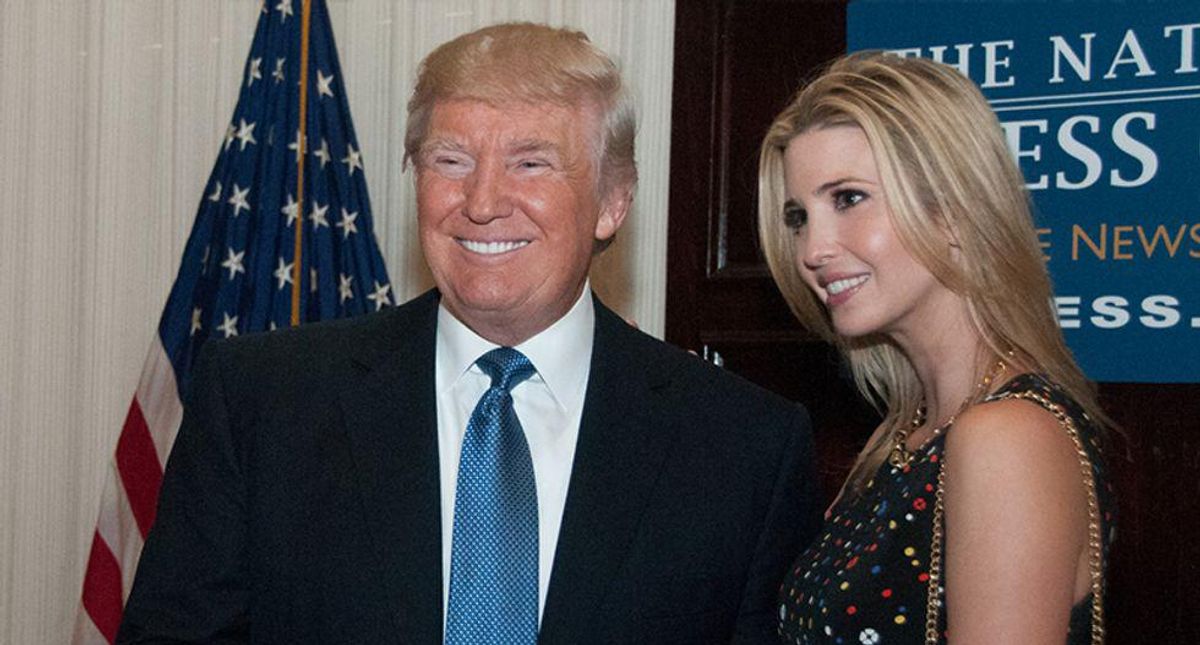 Legal experts took to Twitter Tuesday after the Washington Post revealed that Manhattan District Attorney Cy Vance had moved his case against President Donald Trump to a grand jury.

Some explained that the move of going to a grand jury reveals that there is evidence that at least one crime was committed.

Speaking to MSNBC's Ari Melber Tuesday evening, the former chief assistant to the Manhattan DA's office explained why this grand jury is a little bit different from others.

"What's different from this, which is colloquially called a special grand jury, we used to call it an additional or extra grand jury in the DA's office is that now this grand jury, assuming the reporting is right, will spend an extended period hearing one or more cases. Specified cases not just the old case," said Daniel Alonso. "The usual grand juries sit for four weeks, and they hear any case that comes through the door. But this is now a more targeted thing. And that typically means that the DA has a complicated case he wants to present for a potential indictment at some point during the term of the additional grand jury."

Former senior prosecutor to Robert Mueller, Andrew Weissmann, noted that this isn't anything unexpected because it's consistent with what was seen with these kinds of cases.

"Well, it's important to keep this in context because that reporting is consistent with what was revealed by the New York Attorney General's office this past summer when they were skirmishing with Eric Trump," said Weissmann. "This issue of tax fraud and bank fraud and insurance fraud is one that's been going on for some time. I think the big news is that they now have convened a grand jury, and that is certainly a prerequisite to bringing a charge. Whether they get there or not is something we don't know. The fact they're sitting three days a week is unusual and it suggests the seriousness of purpose since that's not typical."

Melber asked Weissmann to explain that the average person isn't eager to sit for three days a week for the next six months on a grand jury looking at one specific set of crimes. Other cases, he explained, that typically it's one or two days a week over perhaps a four-week period. This is much more.

"And I would think that this is going to mean that if you are Allen Weisselberg, you know, you are feeling the pressure today, that this is really ratcheting up what's going on," he closed.

See the video and responses from other legal experts below:

This isn't a normal grand jury - it's a big one www.youtube.com

7/ Fraud is just when you lie to people to get their money. So the case usually comes down to whether the defendan… https://t.co/urJjRWUdXk
— Renato Mariotti (@Renato Mariotti) 1621981051.0

9/ It looks like the DA is moving quickly, and today's announcement and the AG's recent decision to publicly join t… https://t.co/uv04IFdEm2
— Renato Mariotti (@Renato Mariotti) 1621981306.0