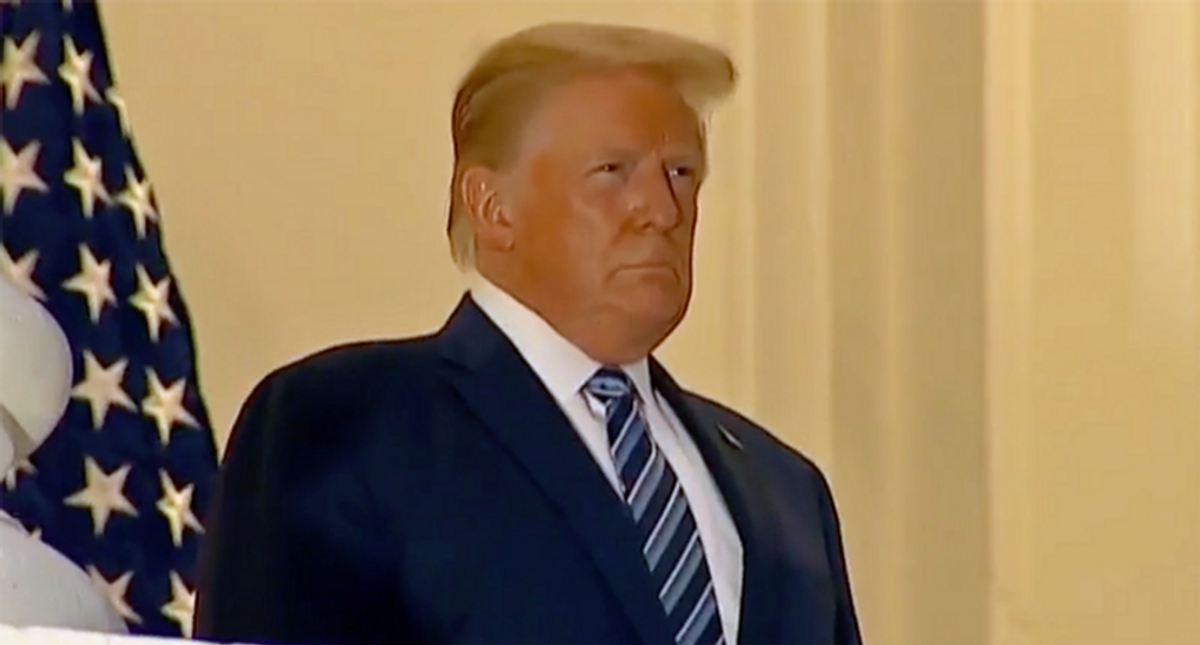 In an excerpt of the book published in the Washington Post Thursday, it is revealed that Trump's blood oxygen level after catching COVID-19 last year fell below 90 percent, which is the point at which the Centers for Disease Control and Prevention recommends immediately starting oxygen therapy.

In addition to starting oxygen therapy, Abutaleb and Paletta write that "Trump's doctors threw everything they could at the virus all at once," including monoclonal antibodies, antiviral drug remdesivir, and the steroid dexamethasone, which the reporters note "is usually administered if someone is extremely ill."

The bottom line, Abutaleb and Paletta report, is that "the president was on a dizzying array of emergency medicines by now — all at once."