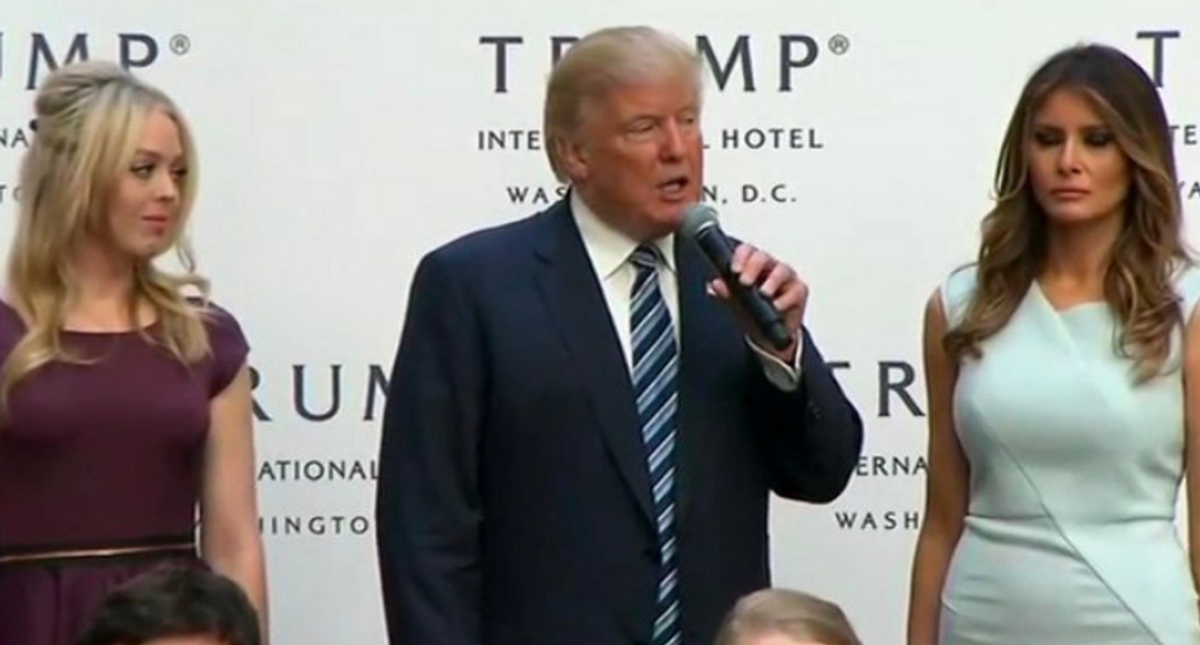 According to a report from the Guardian, the Trump International Hotel in Washington D.C. is starting to look like the "haunted hotel" in the film "The Shining" now that former President Donald Trump has decamped to his Mar-a-Lago luxury resort in Florida and the "Make America Great Again" crowd disappeared.

During the one-term president's four-year tenure, the hotel used to be filled to the brim with lobbyists and supporters of the president hoping to get a glimpse of him if he showed up to sit at table 72 in the hotel's steakhouse reserved only for him. Nowadays the hotel looks like a ghost town -- and it is not all COVID-related.

"On 20 January, Trump boarded the Marine One helicopter to start a new post-presidential life at his luxury Mar-a-Lago estate in Florida, depriving the hotel of one of its biggest draws. A week later, the New York Times reported that the lobby was largely vacant and the waiters and staff members outnumbered the customers." the Guardian's David Smith reported before noting that, during a recent visit, "Steel barriers surrounded the magnificent facade with its five US flags and statue of first postmaster general Benjamin Franklin. A black-coated porter explained that, due to coronavirus restrictions, only people invited by guests are allowed in. When the Guardian called the front desk, a man who identified himself as the manager said, 'I'd rather not comment. Thank you for your call,' then hung up."

According to the journalist, the hotel only took in $15.1 million last year -- a 60 percent drop from the previous year -- and that came before the ex -president's 2020 re-election loss and the subsequent furor after he incited a mob to storm the Capitol on Jan 6th.

"There was little mourning in Washington itself, where Joe Biden secured 92% of the vote compared with Trump's 5%. Beyond official duties, the 45th president was rarely seen around the city, hardly ever visiting museums or theatres and only ever dining out at the Trump hotel itself," Smith wrote.

The Trump family had put the hotel up for sale in 2019 -- which is now on hold due to the impact COVID-19 has had on property values -- and Quinn claims it will eventually be sold and every trace of Trump removed.

"I suspect that whoever does buy it will take down all the gilt and all of the trimmings and turn it into something else that's very un-Trump-like," she explained.