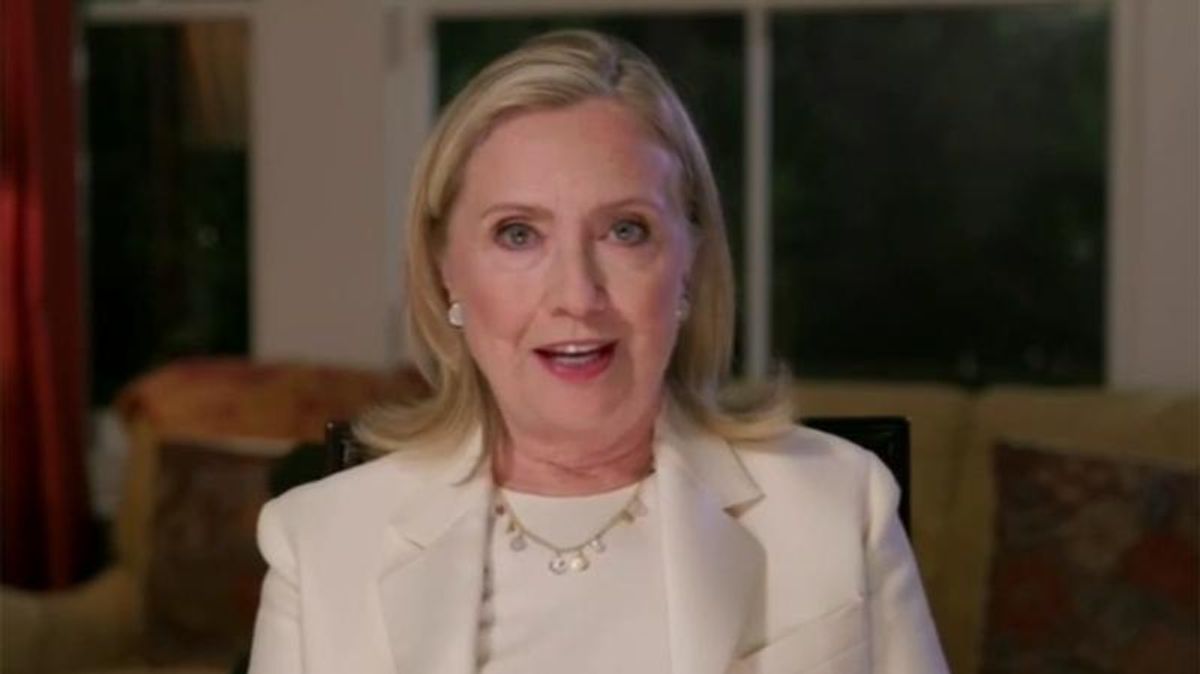 In an op-ed for the Washington Post, Hillary Clinton gave her approval for Congress to impeach Donald Trump for a second time, citing his encouragement of an assault on the halls of Congress by far-right supporters of the president that left five dead.

According to the former Secretary of State, not only should Trump be ousted, but also Senators Ted Cruz (R-TX) and Josh Haley (R-MO).

"Wednesday's attack on the Capitol was the tragically predictable result of white-supremacist grievances fueled by President Trump," Clinton wrote, before adding, "What happened is cause for grief and outrage. It should not be cause for shock. What were too often passed off as the rantings of an unfortunate but temporary figure in public life are, in reality, part of something much bigger."

Adding that getting rid of Trump won't erase the deeply ingrained racism that permeates the country -- and that the president encouraged -- Clinton suggested that what we are seeing in the aftermath of the assault on the Capitol is reminiscent of what happened after 9/11/2001.

"Almost 20 years later, we are living through another failure of imagination — the failure to account for the damage that can be done to our nation by a president who incites violence, congressional leaders who fan the flames, and social media platforms that sear conspiracy theories into the minds of Trump's supporters. Unless we confront the threats we face, we risk ensuring that last week's events are only a prelude to an even greater tragedy," she wrote.

She then turned her focus on the two Republican senators who advanced the president's claims that the election was stolen from him, which only made the explosive situation in Washington, D.C., even worse.

"Removing Trump from office is essential, and I believe he should be impeached. Members of Congress who joined him in subverting our democracy should resign, and those who conspired with the domestic terrorists should be expelled immediately," she wrote advising, "There are changes elected leaders should pursue immediately, including advocating new criminal laws at the state and federal levels that hold white supremacists accountable and tracking the activities of extremists such as those who breached the Capitol. Twitter and other companies made the right decision to stop Trump from using their platforms, but they will have to do more to stop the spread of violent speech and conspiracy theories."