The Trial: Expert makes the case against Donald Trump -- and says the story begins 6 months before January 6th 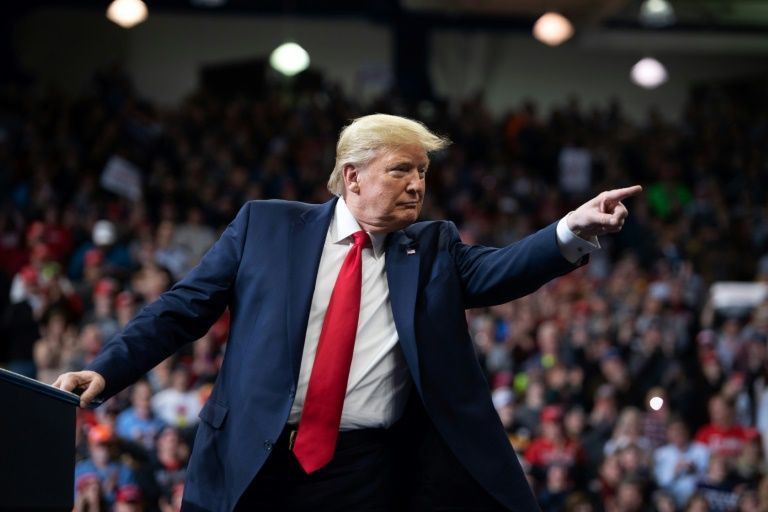 "How did this happen in America?"

The answer led the House of Representatives to impeach then President Donald Trump by the largest bipartisan vote in American history. Today we continue the process of holding him accountable for incitement of insurrection against the government of the United States. The Trump Insurrection led directly to at least five deaths, injuries to 140 law enforcement officers and a scar on the heart of our democracy.

So that we all operate from the same set of indisputable facts, let's watch four short videos overviewing the events of January 6, starting with Just Security's 10-minute excerpt of Trump's 70-minute speech, which ignited an insurrection that Trump had fomented for months. Notice the mob's reaction as Trump spoke line after incendiary line.

The second video is the Washington Post's 14-minute encapsulation of the 41 minutes that followed Trump's diatribe.

The third video, taken by a reporter for The New Yorker, is a view from inside the mob.

The fourth and final video comes from the bodycam of a law enforcement officer trying to protect the citadel of democracy that day. Watch the mob beat him with hockey sticks and flagpoles ripped from the temporary presidential inauguration structure.

Everything that you just saw and heard actually – indisputably – happened on January 6, 2021 in the United States of America. How did it come to this?

Let the evidence speak for itself.

But Trump wasn't willing to abide by the judicial branch's reaffirmation of his election loss. As court after court rejected his claims, he was pursuing a final backup plan – an attack on the legislative branch that, if successful, would nullify the will of the voters and all of his courtroom losses. The Trump Insurrection targeted January 6 when a joint session of Congress would certify President-elect Joseph Biden's win.

In mid-December, Trump began actively promoting the "Save America – Stop the Steal" rally. Look at this sample of his tweets:

Trying desperately to create a false cloud over the election outcome in at least one swing state, Trump focused on Georgia. On January 2, he called Georgia Secretary of State Brad Raffensperger – a Trump supporter who had contributed to the campaign. Listen as he pressured Raffensperger to reverse the will of Georgia voters and threatened criminal prosecution if Raffensperger failed to comply:

And now let's listen to what Raffensperger – a Trump supporter – told him.

At the same time, Trump was pressuring Vice President Mike Pence relentlessly. He wanted Pence to defy the Constitution and, as presiding officer of the January 6 joint session, block final congressional certification of the election.

Danger was in the air. As Trump was tweeting on January 3, the US Capitol Police warned of the potential for violence at the rally, with "Congress itself" as the target.

On January 4, the National Park Service increased the crowd estimate on the rally permit from 5,000 to 30,000. The US Capitol Police chief asked for permission to put the National Guard on emergency standby, but was denied.

And take a look at the unusual memo that Acting Secretary of Defense Christopher Miller – whom Trump had installed shortly after every major news organization had called the election in Biden's favor – issued that day to his secretary of the army. It required Miller's personal authorization before the DC National Guard could employ "riot control agents" and other tactics, including "ballistic protection equipment such as helmets and body armor."

January 5 was a busy day:

On the morning of January 6 – Trump Insurrection Day – he got an early start with a tweet at 8:17 a.m. that put Pence in the crosshairs.

Later that morning, Pence told Trump that he would not comply with his unconstitutional demand to overturn the election. As Trump prepared to speak at the rally, his surrogates warmed up the crowd – actively promoting insurrection. Look at the video:

Now that you have the context of the timeline, let's watch and listen to key excerpts from Trump's speech again. It began shortly before noon.

At 1:26 p.m. – less than 30 minutes after Trump's speech had ended – his mob had already reached the Capitol and the US Capitol Police ordered the evacuation of the complex.

At 1:34 p.m. DC Mayor Muriel Bowser asked the secretary of the army for more federal help to deal with the mob. Almost an hour later, Acting Defense Secretary Miller still had not approved the request.

At 1:49 p.m. Trump was so proud that his incitement had succeeded, he retweeted a video of his speech.

Trump didn't appear publicly until 4:17 p.m. – three hours after the attack began. Rather than condemn his insurrectionists, he tweeted a video to the mob, saying: "I know your pain. I know you're hurt. We had an election that was stolen from us. It was a landslide election and everyone knows it, especially the other side…It's a very tough period of time. There's never been a time like this where such a thing happened where they could take it away from all of us — from me, from you, from our country. This was a fraudulent election, but we can't play into the hands of these people. We have to have peace. So go home. We love you. You're very special. You've seen what happens. You see the way others are treated that are so bad and so evil."

And at 6:01 p.m. Trump tweeted: "These are the things and events that happen when a sacred landslide election victory is so unceremoniously & viciously stripped away from great patriots who have been badly & unfairly treated for so long. Go home with love & in peace. Remember this day forever!"

"Mike Pence didn't have the courage to do what should have been done to protect our Country and our Constitution, giving States a chance to certify a corrected set of facts, not the fraudulent or inaccurate ones which they were asked to previously certify. USA demands the truth!"

Let's also hear from these elected representatives and their staffs:

At 7:00 p.m., dozens of police officers had been injured in the Trump Insurrection, and people had died when Sen. Lee got another call intended for Sen. Tuberville. This time, Rudy Giuliani called the same wrong number that Trump had called when he mistakenly reached Sen. Lee five hours earlier. Giuliani left this message on Sen. Lee's phone:

"Sen. Tuberville? Or I should say Coach Tuberville. This is Rudy Giuliani, the president's lawyer. I'm calling you because I want to discuss with you how they're trying to rush this hearing and how we need you, our Republican friends, to try to just slow it down so we can get these legislatures to get more information to you. I know they're reconvening at 8 tonight, but it…the only strategy we can follow is to object to numerous states and raise issues so that we get ourselves into tomorrow — ideally until the end of tomorrow."

Now let's hear from elected representatives reflecting on what happened that day:

Let's look at a video excerpt of his January 19 speech from the Senate floor:

"The mob was fed lies." What were the lies? And since he used the passive voice, who fed those lies to the mob?

"And they tried to use fear and violence to stop a specific proceeding of the first branch of the federal government which they did not like." Is that how American democracy is supposed to work after an election?

What blowback has he received from Trump and fellow Republicans after making that statement?

"On January 6, 2021 a violent mob attacked the United States Capitol to obstruct the process of our democracy and stop the counting of presidential electoral votes. This insurrection caused injury, death and destruction in the most sacred space in our Republic.

"'Much more will become clear in coming days and weeks, but what we know now is enough. The President of the United States summoned this mob, assembled the mob, and lit the flame of this attack. Everything that followed was his doing. None of this would have happened without the President. The President could have immediately and forcefully intervened to stop the violence. He did not. There has never been a greater betrayal by a President of the United States of his office and his oath to the Constitution."

What blowback has she received from Trump and fellow Republicans after telling the truth and voting to impeach Trump?

What recriminations have the other nine Republicans in the House endured since joining with Rep. Cheney in voting to impeach Trump?

This time the Trump Insurrection failed. But America can't risk a sequel. After a successful attack on democracy, no one is left to hold the perpetrators accountable.

So now you know the answer to the question – "How did this happen in America?" But you also know that there's a more urgent one: "Are there enough Republicans in the Senate willing to keep it from happening again?"