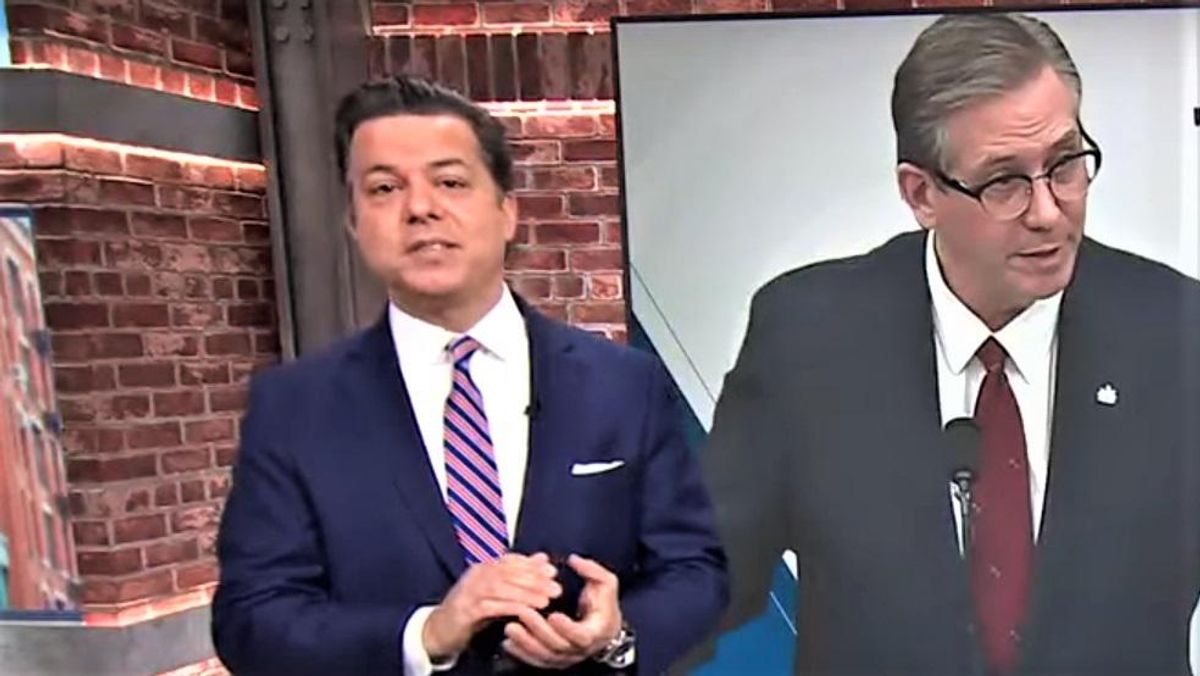 During his latest "Reality Check" segment, Avlon expressed astonishment at how many false claims Trump's impeachment team jammed into a relatively brief defense of their client.

"The velocity of lies from Trump's lawyers was stunning even by recent standards," he said. "To be fair, they didn't have a lot to work with."

He then went on to dissect just some of the falsehoods peddled by Trump's lawyers.

"There were a litany of easily disproven lies, like saying there was no evidence the 2016 election was hacked, repetitions of Trump's false claims of fraud in Georgia, saying that the rioters didn't attend Trump's rally speech, or claiming that the attack came from extremists of various different stripes and political persuasions," Avlon said.

Avlon then called out the Trump team for the particularly "egregious" lie that Trump had no idea former Vice President Mike Pence was in danger when he sent out a tweet attacking him in the middle of the riot.

"It was false because Sen. Tommy Tuberville told Trump that his VP had been taken out of the chamber right before Trump's tweet calling Pence a coward," he explained.