WATCH: Chuck Schumer rips Republicans for 'a vote of infamy' after Trump's acquittal for inciting insurrection 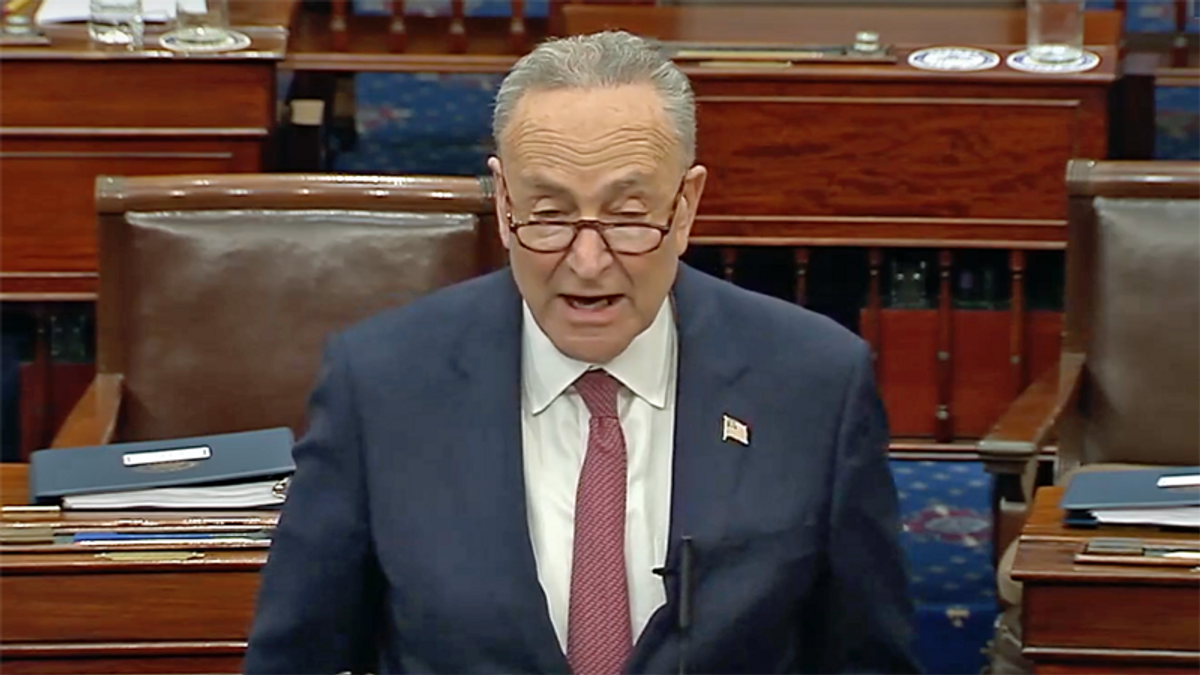 "The case of Donald Trump's second impeachment trial was open and shut. President Trump told a lie, a big lie that the election was stolen and that he was the rightful winner. He laid the groundwork for this big lie in the months before the election, he told the big lie on election night and he repeated the big lie more than 100 times in the weeks afterwards," he explained.

"He summons his supporters to Washington, assembled them on the ellipse, whipped them into a frenzy, and directed them at the capitol and then he watched as the violence unfolded and the capitol was breached," he continued.

Schumer said there was only one correct verdict in the trial and that was guilty after only seven Senate Republicans voted to convict.