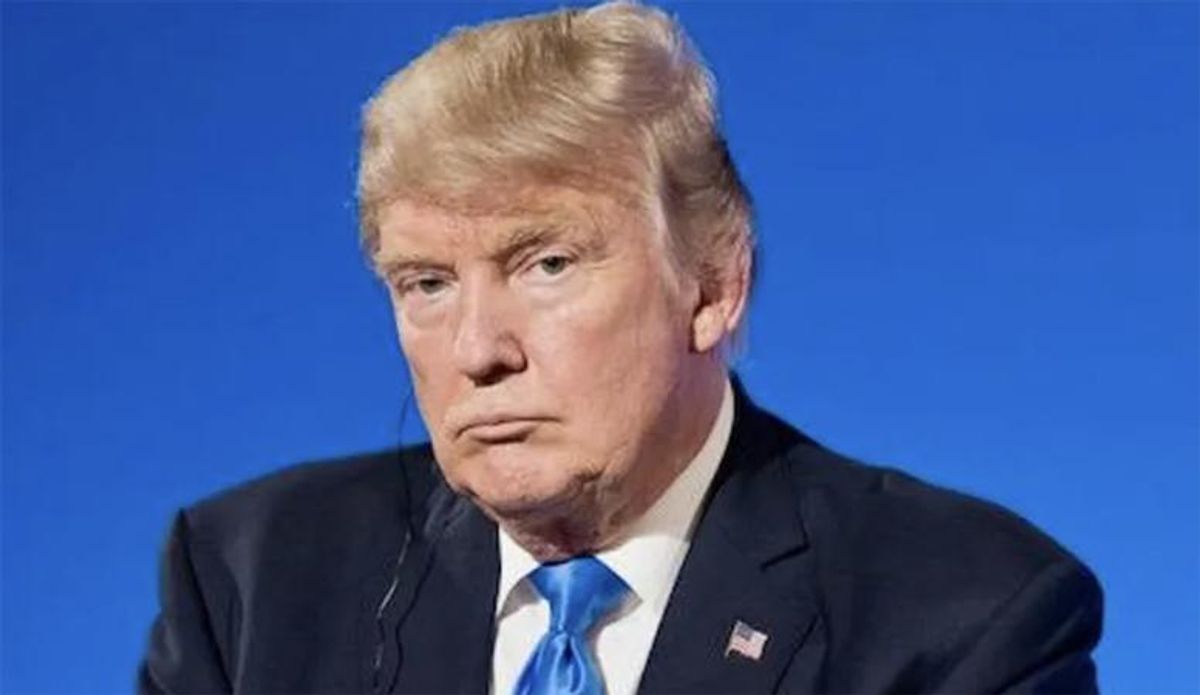 According to a report from ABC News, Donald Trump's attempts to derail the massive infrastructure bill being cobbled together by a bi-partisan collection of U.S. Senators is being largely ignored by Republicans leading to questions about the former president's influence over the Republican Party since his election loss.

With a vote on the $1.2 trillion bill is expected to face a vote this week, Trump has been issuing statements attacking Republicans who are working on it, while also raging at Senate Minority Leader Mitch McConnell (R-KY) for not using procedural moves to block it.

On Sunday night, the former president issued a statement claiming, in part, "This is not an infrastructure bill, this is the beginning of the Green New Deal. The bill I proposed, which Mitch McConnell couldn't do anything with, was pure infrastructure. I want what is best for America, not what's best for the Communist Democrat Party."

Despite his attacks, Republicans have not backed off and more are expected to vote to help pass it.

"For all the sway Trump holds over the direction of the Republican Party, his denunciations of the bipartisan infrastructure package have been largely ignored. A weekend procedural vote that came after a Congressional Budget Office estimate was released drew support from 18 Republicans, a total that includes a few who initially voted against starting debate on the bill," ABC reported before adding, "It's possible even more GOP senators vote for final passage."

According to NPR, Republican lawmakers believe voters back home will applaud the end result that will create jobs and fix long-neglected problems in their communities.

"The rare bipartisan momentum was holding steady, a reflection of the bill's popularity and the eagerness of senators to show voters back home they can deliver. One of the biggest investments of its kind in years, the package promises to unleash billions of dollars to upgrade roads, bridges, broadband internet, water pipes and other public works systems undergirding the nation," NPR is reporting.

ABC adds, "has precious little company in attempts to slow things from here, with even Senate Minority Leader Mitch McConnell supporting the package's advancement. Trump's threats and warnings were semi-regularly ignored on Capitol Hill when he was still president. Now that he's no longer in office, even Republicans who profess fealty to him -- and some who feed into his conspiracy theories about the last election -- feel unconstrained by his policy pronouncements."